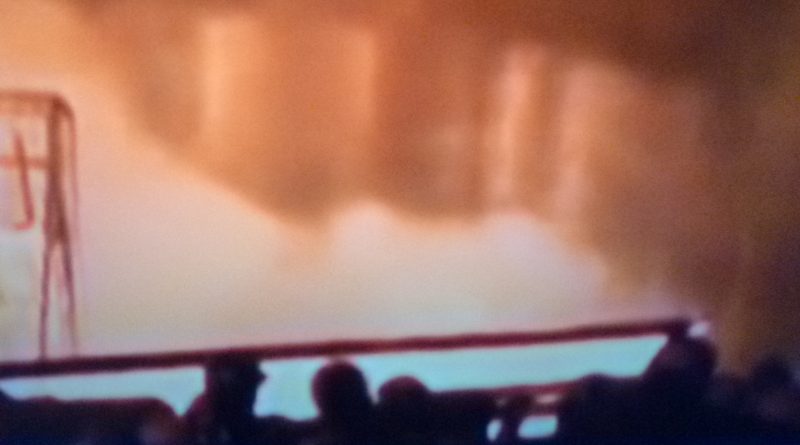 The White House said Tuesday that the United States is “appalled” by violence in Kyiv, and urged President Viktor Yanukovych to “de-escalate.”

Since protests began in Ukraine last November, the United States has urged the government of President Yanukovych and opposition leaders to avoid further violence.

But violence worsened Tuesday.  Reports said at least nine people were killed including civilians and police, as security forces and protesters fought near the parliament building in Kyiv.

More than 100 people were reported injured in the worst violence since protesters began calling for President Yanukovych’s ouster after he moved Ukraine closer to Russia and backed away from a trade deal with the European Union.

White House Press Secretary Jay Carney said the U.S. is “appalled” by the violence that was already taking place in Kyiv, and reports of armed riot police massing on the edge of Independence Square, also known as Maidan, the main protester camp.

Carney said the U.S. continues to condemn street violence and excessive use of force by both sides, and urged the Ukrainian government to resume a dialogue with opposition leaders.

“Force will not resolve the crisis.  To restore peace and stability we urge President Yanukovych to de-escalate immediately the situation and end the confrontation at Maidan.  We also urge him to restart a dialogue with opposition leaders today to develop a consensus way forward for Ukraine,” said Carney.

It’s not the first time Washington has called for de-escalation.  Vice President Joe Biden repeated it in several phone conversations since December with President  Yanukovych.

Carney said he had no immediate updates on any new phone calls between Biden, or President Obama and the Ukrainian leader, but noted that Biden had “fairly regular” conversations with Mr. Yanukovych and others in Ukraine.

The U.S. Embassy in Kyiv issued an update on its website about the latest violence, advising all U.S. citizens to “maintain a low profile and to remain indoors.” The statement advised all U.S. citizens to avoid all protests, demonstrations, and large gatherings, saying the situation in Ukraine “is unpredictable and could change quickly.”

A Russian Foreign Ministry statement blamed violence on Western governments which it said had encouraged “radical forces” among the protesters.