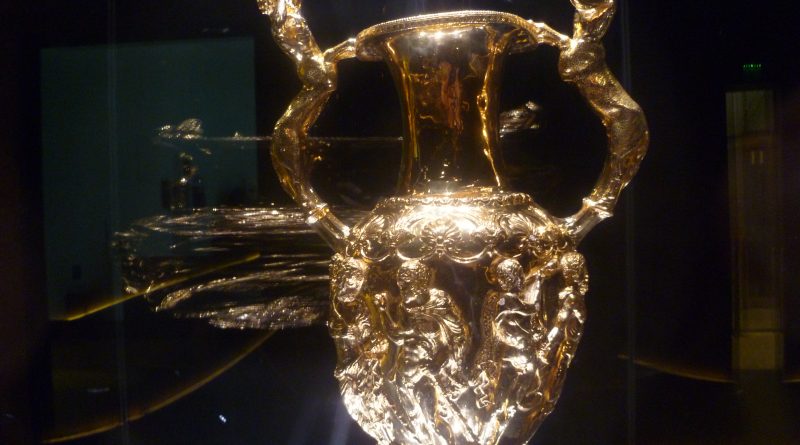 The Panagyurishte treasure is state property, a seven-member panel of Bulgaria’s Supreme Administrative Court has ruled, rejecting an appeal lodged by the granddaughter of one of the men who found it.

The golden treasure, dating from the Thracian era, was among archaeological discoveries in Bulgaria that has generated the most excitement – and also has stirred controversies over the years, about ownership and possession and even rumours about the authenticity of the treasure on public display. Among controversies have been arguments among museums in Sofia and Plovdiv about displaying the originals.

In the case of the court action now decided by the Supreme Administrative Court, the application was lodged by Stefka Angelova, descendant of the eldest of the three Deikov brothers who excavated it in 1949.

The court examined various documents in the case, including one from the Bulgarian Socialist Party, successor to the Bulgarian Communist Party, which said on September 24 2013 that the land where the treasure had been discovered had not been formally nationalised at the time of the discovery and rent continued to be paid on it until about 1958.

The BSP letter quoted a decision from the fifth congress of the Bulgarian Communist Party, held in December 1948, on the collectivisation of land, with the letter noting that land “consolidation” began a decree by the government and the BCP in 1951.

Angelova also challenged in court the entry of the treasure in the Plovdiv Museum inventory book, saying that this had been illegal. She alleged that in 1949, the director of the museum at the time, Dimitar Tsonchev, had committed a crime by taking temporary custody of the treasure.

She alleged that there probably had been embezzlement, saying that records of the Panagyurishte District People’s Council showed the treasure as weighing a total of 7.5kg but the later record showed it as weighing 6.166kg. 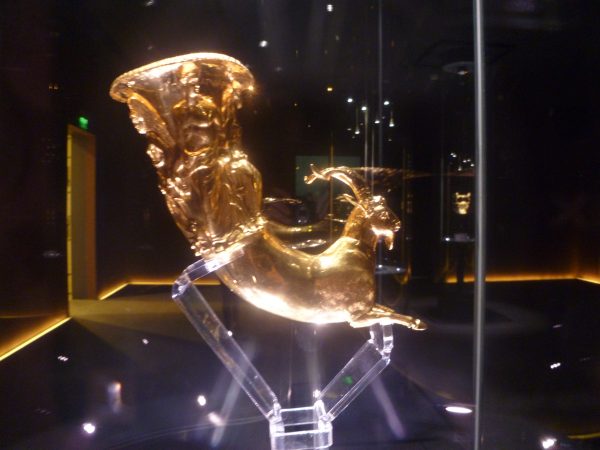 Angelova also pointed to a 1974 order by then-culture minister Lyudmila Zhivkova, daughter of dictator Todor Zhivkov, regarding the sending of the treasure for display abroad, adding that by 1982 the whereabouts of the treasure were unclear.

Angelova told the court that the gold had been recorded in the inventory of the National History Museum in Sofia without a ministerial order, and without such an order, it could not be registered at the Ministry of Culture as a national treasure.

Further, the Cultural Heritage Act did not say that a national treasure could not be privately owned, she said.

Rejecting her application, the judges of the Supreme Administrative Court said that Angelova had not presented clear evidence that the land on which the Panagyurishte treasure was found was privately owned.

The court said that the letter from the BSP had not added new information. “The letter and the fact stated therein, that the land in Bulgaria was not formally nationalised and rent was paid on it until 1958, is not a new fact,” the court said.