The European Bank for Reconstruction and Development (EBRD) said in its latest Regional Economics Report that growth in the regions it invests in will remain slow in 2014.

Despite improvements in the world’s most advanced economies, including in the US and the euro zone, emerging economies were still suffering from capital outflows that were likely to persist in light of the expected gradual tightening of US monetary policy, the lender said.

“For sustained recovery to take hold, countries in the region need to resume structural reforms and tackle the persistent legacies of the crisis, including high rates of non-performing loans and long-term unemployment,” the report said.

This means that growth in 2013 was likely to have been slightly lower than the 0.7 per cent growth recorded in 2012, the bank said, but that was still better than EBRD’s 0.4 per cent forecast from October 2013.

“On the positive side, the fiscal deficit is under control and public debt is among the lowest in the EU. Inflation remains low but this reflects to some extent the series of cuts in utility prices over the past year, which could have negative implications for future investment in the sector,” EBRD said.

Growth is expected to pick up this year to about 1.8 per cent (down by 0.2 percentage points from the previous forecast), driven by exports and some recovery in domestic private consumption, the lender said. 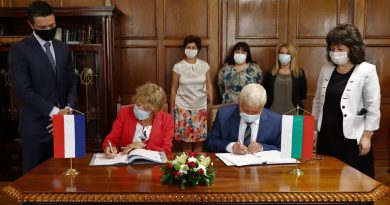