Kosovo’s government has condemned the killing of a local Serb councilman in an ethnically divided town in the country’s north.

Janicijevic held a seat on Mitrovica’s local council from the Independent Liberal Party, an ethnic Serbian party that is part of Kosovo’s ethnic Albanian-dominated coalition government.

Kosovo’s government called Janicijevic’s murder “a direct attack against the will of the people of Mitrovica north and against the establishment of the rule of law and the legitimate institutions in that part of the territory of Kosovo.”

Janicijevic unsuccessfully ran for mayor of the ethnic Serb northern part of Mitrovica last November, in an election marred by violence and a low voter turnout.

Earlier this week, the results of that election were annulled and a new vote set for next month, after the Serb winner refused to swear allegiance to the Kosovo’s ethnic Albanian authorities.

Serb nationalists in Kosovo had campaigned for a boycott of last November’s elections in the northern part of the country, with some saying that voting would be an act of treason.

Many of the 40,000 ethnic Serbs living in northern Kosovo have refused to recognize the ethnic Albanian majority’s 2008 secession from Serbia. 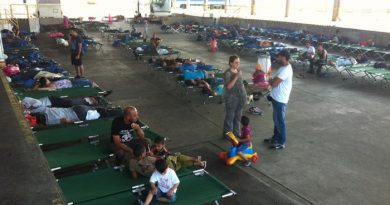 Austria struggles to cope with influx of refugees