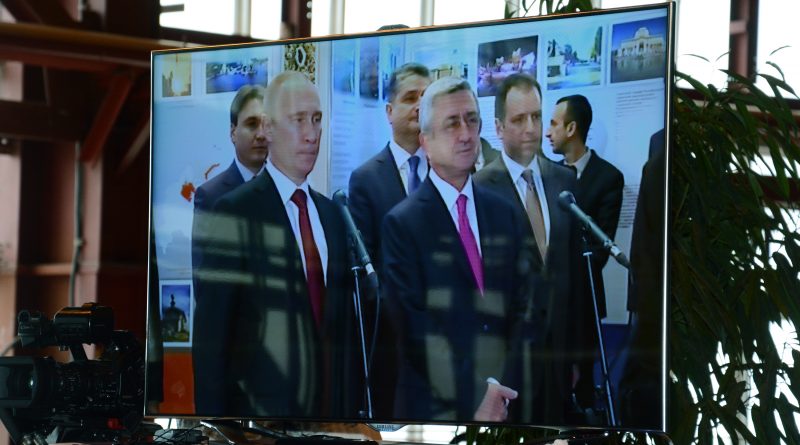 The Armenian parliament has ratified a controversial natural gas agreement with Russia, despite widespread protests by the opposition.

Ruling party lawmakers backed ratification of the deal in a vote Monday which was boycotted by members of the country’s opposition factions.

Hundreds gathered outside parliament in Yerevan to protest the deal.

Gazprom will also control all of Armenia’s gas imports until 2043.

Armenia’s Energy Minister Armen Movsisian has said previously that the deal will clear debts Armenia owes to Russia for gas it has already accumulated.

Critics accuse Russia of increasing pressure on Armenia, Ukraine and other former Soviet republics to shun trade deals with the European Union in favor of closer alliances with Moscow.

Source: VOANews.com
(Russian president Vladimir Putin and Armenian president Serzh Sargsyan. At a December 2 2013 ceremony, the two gave the order via video link to start the operation of the Hrazdan Thermal Power Plant in Armenia. Photo:Gazprom)