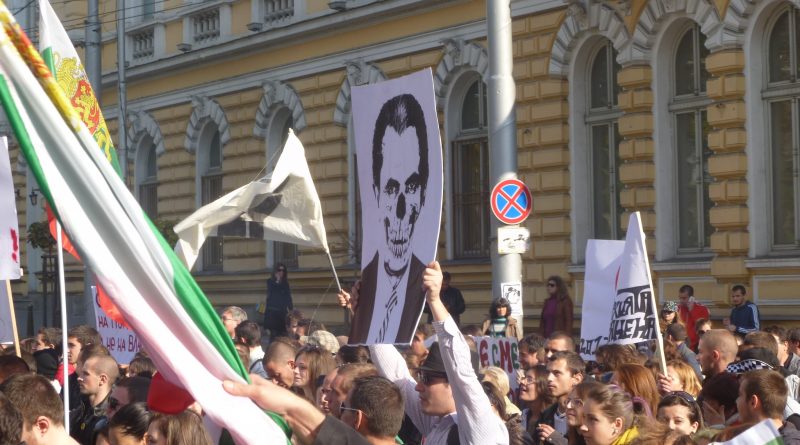 With a demonstration in central Sofia, Bulgaria’s anti-government protesters will on December 14 mark six months since the start of their campaign to get the current Bulgarian Socialist Party government to step down.

The 6pm Saturday protest will be the latest day up against a government widely seen as discredited, certainly at very least gaffe-prone if not actually storing up serious financial and economic trouble for the future, and which has inspired only growth in the already considerable percentage of Bulgarians who want its resignation and early elections.

At the beginning of December, the results of a poll by Market Links showed that the proportion of people who wanted this government gone had risen by more than three per cent in a month to more than 54 per cent. The same poll showed majority support for the “Early Rising Students” anti-government protests, while more than half of those polled wanted to see a general strike to demand the government’s resignation.

But, for the anti-government protesters, bringing down the government is clearly going to take much more than persistence paying.

The protests now face their own difficulties – according to Market Links, the number of people willing to come out on the streets to take part in protests is dwindling, likely because of the colder weather.

Another difficulty is political mobilisation by the other side, not in the laughable weekday pro-government protests by a little band that gathers to shout outside President Rossen Plevneliev’s window (the head of state became a bete noire for his stance on the anti-government protests), but in the hardening of support among the BSP’s constituency for the party that, by default, was able to return to power in May 2013.

In counterpoint to domestic media prominence for the anti-government protests and the clear backing among many of the intelligentsia, pro-government media and certain polling agencies operate in tandem, in an established tradition in Bulgarian politics.

These polls, given prominence by the media linked to the ruling axis, consistently show the BSP now ahead of centre-right GERB, the former ruling party that otherwise won the largest share of seats in May. There is, indeed, some indication that Boiko Borissov’s GERB has been on the backfoot, hardly surprising given the assault it has been under for everything from claims of inadequate national budget planning to gross misspending to downright alleged crimes. On top of that, GERB’s wildly zig-zagging strategy, if if can be dignified with that much direction and that name, has done it no favours. The real contest now is between the street and the corridors of power, and GERB has become largely a sideshow – in turn not helped by the frequently ludicruous scenes in the 42nd National Assembly, which seem only to discredit GERB as a participant.

The story of the months from June 14 to December 14 is much more than that of the catalyst that first brought out Bulgarians to the streets in mass indignation, the abortive appointment of media mogul Delyan Peevski to head the State Agency for National Security.

It is also the story of how the government and the parties in power have conducted themselves, and the extent to which this may eventually bring about their downfall ahead of the long three and a half years still remaining to the current administration’s term.

In the private political fantasies of those in power, occasionally shared through government media statements and the channels of the allied media, these past six months have been a heroic uphill ascent to a Bulgaria that, politically and economically, is simply a better place to be.

There is no need to dwell at length on this fantasy, but among those who have expressed it recently is Kristian Vigenin, holder of the foreign ministry portfolio, who said that attitudes to the government were improving because it was fulfilling people’s expectations.

Quite how these expectations were being fulfilled remains unclear, as does how this claim of a sense of fulfilled expectations dovetails with two of the more reliable opinion agencies finding a growing majority of Bulgarians wanting another chance at electing a government, as soon as possible.

Indeed, the government has not been inactive, but the probable long-term impact of these activities hardly seems to be the stuff of which a national sense of contentment will be made.

The debt proportion is climbing, not accidentally but as a result of conscious decisions. Energy sector “reforms” amount to little more than tinkering when it comes to the impact on end-users, while the driven obsession with reviving and strengthening Bulgaria’s energy dependence on Russia is plain for all to see – and leaving aside the question of the geopolitical orientation of Bulgaria, also will have its long-term impact on Bulgaria’s economy (a simply wonderful one, to anyone who believes what people in power say about projects such as Belene and South Stream; utterly disastrous, to everyone else).

This government has gone to its self-appointed task of personnel changes with a will, supposedly on questions of merit but more plainly on the basis of clearing out those of the old order and replacing them with the partisan politically loyal. The list of decapitations and political appointments is a long one.

To the extent that there is a communication strategy, it seems predicated on members of the cabinet and ruling axis leaders scattering promises in the wind, all around supposed moves to improve cost of living and incomes. In reality, so far there have been just a few handouts on the basis of borrowed cash, for example the 50 leva (25 euro) bonuses to be handed out to the lowest-bracket pensioners this festive season (a term that may be somewhat of a misnomer in the Bulgaria of December 2013).

The promised job creation appears non-existent (ahead of the election, the BSP pledged 250 000 new jobs in a four-year term, of these 100 000 in its first year). Foreign investment, with likely factors influencing a downturn no doubt including the fact of many months of protests, is reported to have halved this year. Domestic surveys of the local business climate consistently, with occasional minor variations, find managers in Bulgaria gloomy.

Foreign policy may not have an immediate impact on the lives of ordinary people, but even here it has been directionless, uninspired and nearly silent, barring a few meaningless platitudes, on crucial regional issues such as the recent protests in Kyiv.

But, to return to the anti-government protest campaign, why has it not succeeded in toppling a government that lurches from gaffe to blunder to initiatives that are clearly intended solely for partisan political gain?

There are a number of reasons. First, from the outset it was clear that the current BSP government was prepared to play a waiting game – waiting for the protesters to tire and dwindle. Apart from those occasions that have reinvigorated the protests, such as the Constitutional Court decision restoring Peevski to a seat in the 42nd National Assembly, the student protests and controversial police actions, even the inspiration from other countries such as Ukraine, the height of summer and the advent of winter have brought reduced numbers on the streets.

Second, for much, but not all, of the time the continuing anti-government protests have lacked a sense of immediacy outside the country. Not that foreign voices in support have been lacking, within the bounds of diplomacy, and nor can it fail to be noticeable that Sofia is hardly on the map for important foreign state and government visitors, while in turn Bulgarian government officials seldom make it inside the most influential offices in Europe and elsewhere.

Still on the question of the outside world, anti-government protesters seize eagerly on what international media coverage there has been. Such stories are shared and reposted on social networks, a morale booster for the protest participants. Ironically, the very fact that the protests have been largely peaceful, with the very few exceptions where police have been ordered to get tough on anti-government protesters, makes the story hugely less sexy than events elsewhere, from Istanbul to Kyiv and beyond.

Speaking of the media, apart from the home advantage of the government’s allied media, there have been a number of issues that government and ruling axis officials have been keen to play up – notably that of refugees in Bulgaria and, to a lesser extent, the now-failed attempt at easing back the full ban on smoking in enclosed public places.

This picture of a situation in which no one is winning, neither a discredited government nor those opposed to it, cannot be complete without noting that no political force currently lacking seats in Parliament seems to be making genuine gains. A possible exception is the Reformist Bloc, but even the most favourable showing in the polls (reservations about the reliability of these polls aside) shows it currently as bound for anything other than a chance at a minority share of power in a possible future government, and even that is by no means certain. The Nikolai Barekov roadshow, notwithstanding the considerable resources it apparently has behind it and the co-operation of the media allied to the ruling axis, seems to be gaining no traction at all, whatever Barekov’s repeated claims about being Bulgaria’s next prime minister.

On the loser front, Volen Siderov’s Ataka again seems doomed not to return to a new parliament, and even has shed some of its usefulness to the ruling axis now that two GERB MPs have left the former ruling party to sit as independents.

All of that lends help to another of the theses of those who want to see the current status quo remain, who argue that fresh elections would be futile because a similar composition of Parliament would result.

This article cannot predict the future, because the unforeseen, the factor that could change the current standoff, is self-defining.

But while there is a standoff, as the current BSP government refuses to give up, the six-month mark being reached on December 14 shows that the anti-government protesters are not ready to give up either. 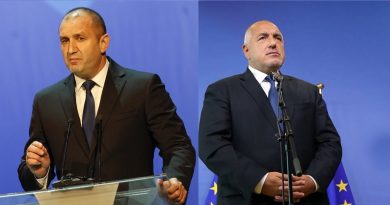