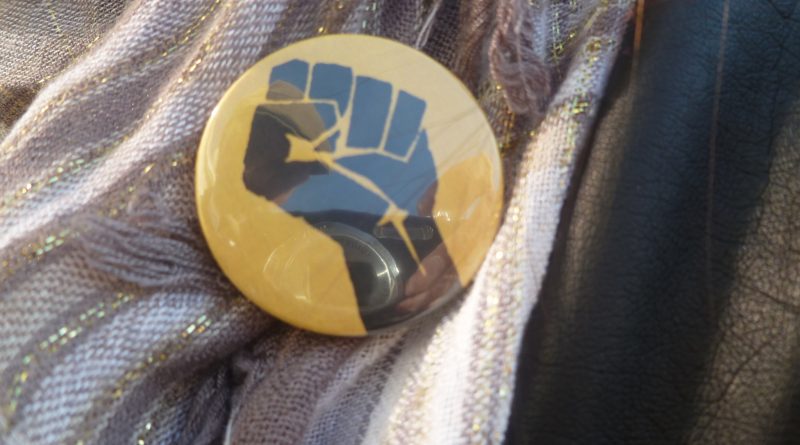 The anti-government “Early Rising Students” group held a protest outside Parliament on December 5 2013 against proposed changes to the Interior Ministry Act that they say will curtail the right to protest, among other disturbing aspects of the amendments.

The students said that the proposed amendments were yet another blunder by a government that completely has lost public confidence and should resign.

The December 5 protest outside the National Assembly saw some incidents, as people within the group that gathered outside threw tomatoes, vegetables, eggs and fireworks at the building. After an incident in which red paint was thrown, police reportedly arrested two young women with red paint on their hands.

Protesters kicked at the heavy barriers surrounding the parliamentary building. At one point, a small group managed to get over the barriers and near the front entrance of the building.

In a separate incident, police intervened when a small group of provocateurs arrived, and a man who held up a wallet with a swastika symbol was detained.

In all, eight people were taken to local police stations for clarification of their identity, according to an Interior Ministry statement.

In a detailed statement of their objections to the amendments, the students said that not only were the proposed changes worrying, but also the systematic violation of some regulations already in effect.

The proposal that the chief secretary of the ministry be appointed by the Cabinet instead of the President was a violation of the balancing function of the head of state, the student group said.

The same division had been in effect during the previous Bulgarian Socialist Party government, from 2005 to 2009, and had not prevented petty crimes being committed. The current proposal would worsen communication among the ministry’s chief directorates, the students said.

The lack of regulations on the functions of some of the Interior Ministry directorates also was striking.

Among particular concerns was that the amendments would enable police to be able to restrict or forbid the movement of individuals or vehicles around a site if the police decide these are a “threat” to the site.

“This change legalises the restriction on free movement of individuals around such sites, which is what police forces have been doing in the past few months, without being authorised by the law,” the students said.

The Early Rising Students said that the changes confirmed the government’s disregard for the principles of the separation of powers.

Meanwhile, the Interior Ministry said that on the night of December 4, two people, a man aged 23 and a woman aged 22, were arrested after the ministry’s headquarters in Sofia were pelted with tomatoes. Windows were broken in the incident. The two were part of a larger group of 20 people.