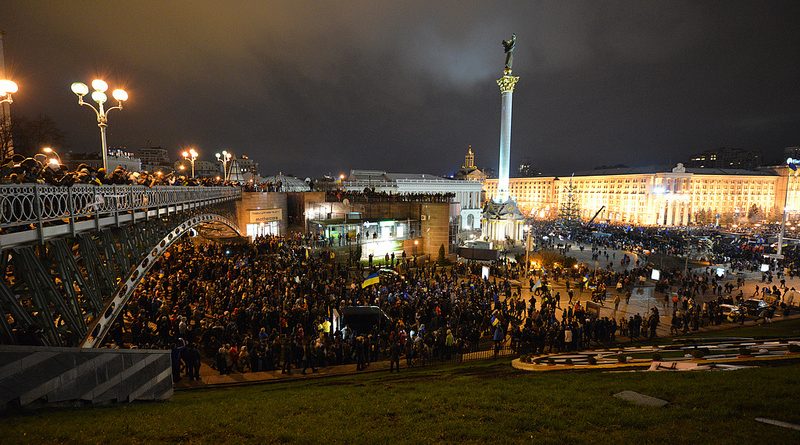 Ukraine’s pro-European demonstrators erected barricades Monday, consolidating their control over Independence Square in the core of Kyiv, the nation’s capital.

A few blocks away, they surrounded the Government Building, forcing Cabinet members and staffers to work elsewhere.

Protesters occupied City Hall, renaming it “Revolution Headquarters.” A few blocks away, at another occupied building, three opposition leaders talked to a wall of TV cameras.

Arseniy Yatseniuk, leader of the Fatherland Party, declared the opposition’s goal: “To hold snap parliamentary and presidential elections. This is the will of the Ukrainian people. Just look at the streets,” he said.

Outside, an ebb and flow of thousands of protesters listened to speakers proclaim that Ukraine’s future is with Europe while also denouncing the government of Victor Yanukovych as undemocratic and corrupt.

The protesters were defending gains won Sunday by a mass march. As many as one million people marched through central Kyiv – the largest protest since the Orange Revolution of a decade ago.

Triggers
Ukrainians are galvanized by two events. First, President Yanukovych made an abrupt U-turn when he yielded to Russian pressure and decided not to sign a trade and political association pact on Friday with the European Union.

Then, on Saturday, videos were posted on the Internet showing riot police attacking peaceful protesters in Kyiv’s Independence Square.

By the end of the weekend, Ukrainians were shocked to learn that 300 people were injured. Half of them were police. Forty-three were journalists.

Vitaly, a 48-year-old businessman, explained why he and his wife were walking behind the barricades on Kreschatyk, Kyiv’s main avenue.

“At first, we were here for Europe,” he said. “Now we are against the government.”

At the far end of the avenue, Giorgi, a Ukrainian Orthodox priest, stood behind a barricade that towered over his head.

“The last straw was the police beatings of women and children,” he said.

On Monday, the government showed a conciliatory side. The police chief of Kyiv was fired.

Further steps
The speaker of the parliament, Volodymyr Rybak, a leading government figure, dismissed talk of declaring of state of emergency. Instead, he scheduled a confidence vote in the government for Tuesday. He also talked of dialogue through round tables – the same political formula used to fashion a peaceful exit from the Orange Revolution of 2004.

“Step by step,” he said. “Peacefully. Friendly. Within the law.”

President Yanukovych has decided to go ahead Tuesday with a four-day trip to China. Evidently, he hopes that Kyiv’s freezing temperatures will cool political passions.

But some analysts say the president would be wise to stay home and shore up his political base.

(Maidan Nezalezhnosti, or Independence Square, in Kyiv on the evening of December 1. Photo: Ivan Bandura/flickr.com) 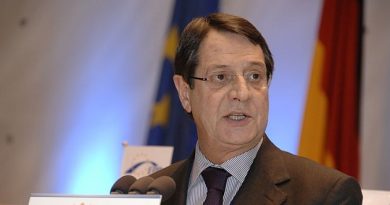 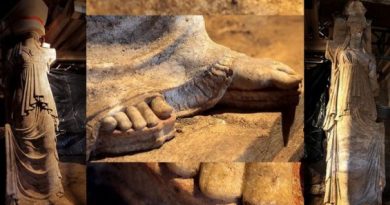 The Caryatids of Greece’s Amphipolis are revealed