Ignatii, vicar of the Sliven bishopric and previously elected one of two candidates to be the next Metropolitan of Varna, is to face a Bulgarian Orthodox Church eccesiastical court for libel and damaging the reputation of the church.

Ignatii has in recent days been hurling allegations of corruption and murder.

He will be tried in the course of the winter session of the Holy Synod, which has just started.

This is the latest twist in the battle over the election of a successor to Kiril, the Varna Metropolitan who died earlier in 2013 while diving in the Black Sea.

The initial round of that election has been annulled by the Holy Synod. The shortlisted candidates were Bachkovo Monastery abbott Boris and Ignatii, but an uproar of protest about alleged irregularities in the first round – including claims of vote-buying – led to a decision to re-run the election.

Both Boris and Ignatii are attended by controversy, Boris for his alleged love of opulence and Ignatii for some of his views, including his support for the church reverting from the Georgian to the Julian calendar, which would move the date of Christmas to January 7.

However, statements by Ignatii after controversy erupted around the election appear to have riled senior church leaders.

Ignatii told the media that the actions of Patriarch Neofit, head of the Holy Synod since February, were “rooted in sin” and said that these actions proved that Neofit had been elected in a corrupt way.

Ignatii also has been airing conspiracy theories that Kiril’s death was not an accident but murder.

According to Ignatii, Kiril, when visiting fellow metropolitan Galaktion, had expressed fears that he would be murdered.

Ignatii told local media that Kiril had done everything he could to prevent Plovdiv Metropolitan Nikolai one day becoming Patriarch.

Ignatii said that metropolitans Nikolai, Ignatii and Grigorii controlled the actions of Patriarch Neofit, while the Holy Synod was divided into two factions. This faction had not wanted the November 17 vote by the electoral college in Varna annulled, while the other had wanted the election annulled, and a new election with a different electoral college and different candidates.

The result was a compromise by which the election would be re-run with the same electoral college and same candidates.

Ignatii said that some top clerics were bound by political and oligarchical interests while the main objective of these backstage players was to get their hands on the property of the church.

Meanwhile, a group of Orthodox Christians in the Black Sea diocese of Varna sent an open letter to Boris, calling on him “in the name of his own authority and dignity” to ask those who voted for him the previous time not to do so this time.

Local media said that there had been suggestions that the State Agency for National Security and prosecutors should investigate alleged vote-buying and other irregularities in the Varna metropolitan election, but lawyers said that this would violate provisions of the constitution and statute separating the church from the state.

(Photo of the headquarters of the Holy Synod in Sofia: Clive Leviev-Sawyer) 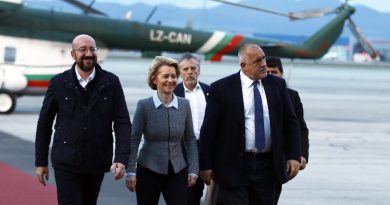 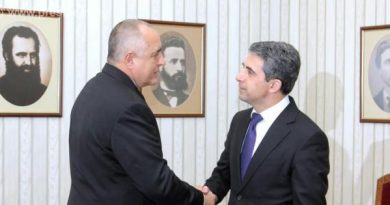