Slovenia’s prime minister has won a confidence vote in parliament for her efforts to avert an international bailout to fix the eurozone country’s troubled banking system.

The 50 to 31 vote by lawmakers early on Friday regarding the 2014 budget gave Prime Minister Alenka Bratusek the political support she needs to find a solution to the country’s economic woes without seeking outside help.

The government wants to raise taxes and cut spending to reduce the budget deficit. However, the vote of confidence does not erase the possibility of a European Union bailout. Slovenia may yet have to turn to the E.U. and the International Monetary Fund for help if external stress tests reveal Slovenia has not budgeted enough to resolve the bad loan crisis afflicting the country’s mainly state-run banks.

The results of the E.U.-supervised tests of the country’s largest banks are expected next month.

Analysts say a bailout of another eurozone country, following that of Cyprus earlier this year, could further dent confidence in the bloc’s ability to resolve its government debt crisis. 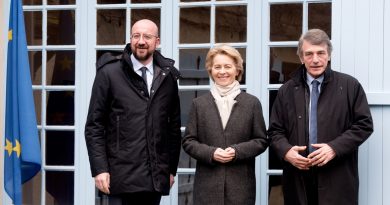