The Bulgarian Prosecutors’s Office has started an investigation into the handling by the State Agency for Refugees and the Interior Ministry’s Migration Directorate of applications for refugee or humanitarian status, the prosecutor’s office said on November 11 2013.

The investigation was started because of the high public significance of decisions on refugee status, the statement said.

Prosecutors will check whether Bulgaria’s laws on asylum and refugees, the Foreigners Act and related regulations are being implemented properly.

The investigation comes against a background of a significantly increased number of refugees arriving in Bulgaria, many from conflict-torn Syria.

The refugee situation has seen continual problems with overcrowding at refugee centres as the influx found Bulgaria unprepared.

Bulgaria has rearranged spending to try to cope with the refugee situation and is to get financial assistance from the European Union, on top of technical and other forms of assistance it already is receiving from the bloc. The cabinet has approved a plan with various “priority goals” to deal with the situation.

The refugee influx has been seized on by ultra-nationalists and nationalists along with some sections of the Bulgarian media, raising concerns about xenophobia and intolerance.

An anti-migrant rally by nationalist organisation VMRO led to prosecutors opening pre-trial proceedings for alleged use of racist hate speech.

In the past week, there have been isolated incidents of racist assaults, including against a Bulgarian apparently mistaken for a foreign migrant. Four men, all in their 20s, have been arrested in connection with the assault, which has left the 28-year-old victim in a coma with severe head injuries.

Bulgarian media have reported that there have been cases of landlords renting accommodation to refugees in Sofia at hugely inflated prices. There also have been allegations of people seeking to dupe refugees with fake schemes to get them to Western Europe.

The bust came after police checked two buses with Haskovo licence plates that had stopped in central Sofia, dropping off 97 illegal migrants near the landmark Banya Bashi mosque.

Most of the migrants were from Afghanistan and 17 from Syria.

Police arrested three suspects – two Bulgarians and an Iraqi – in connection with the alleged intent to commit fraud, the Interior Ministry said. 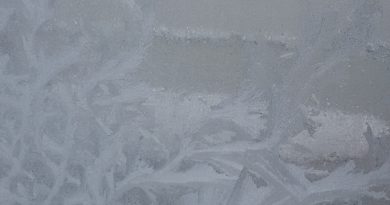