A code “yellow” weather warning has been issued for 22 districts in Bulgaria, covering most of the country with the exception of the south-west, on October 17 because of the strong winds and expected heavy rain, the country’s meteorology institute has said.

Sofia was not on the list, with the rain abating on the morning of October 17, but the city had seen the most rain overnight, at 21 litres/square metre.

Under the guidelines of the Network of European Meteorological Services, code ‘yellow’ alerts are issued when the weather is potentially dangerous. The weather phenomena that have been forecast are not unusual, but the warning is meant as a caution for anyone who may intend to practice activities exposed to meteorological risks. 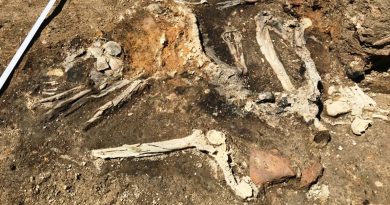 Archaeology: Three burnt skeletons found in Plovdiv may be of victims of third-century Goth invasion