European Commissioner for Regional Policy, Johannes Hahn, has announced a proposal by the European Commission to allocate more than 360 million euro to Germany in response to the serious flooding in late spring, May and June of 2013.

Neighbouring countries Austria and the Czech Republic who suffered lesser damages as a direct result of the floods will benefit from 21.6 million euro and 15.9 million euro, respectively, the European Commission said.

In addition, Romania will receive more than 2.4 million euro to help meet the costs for damage caused by the drought and forest fires in the summer of 2012.

Providing it is, it will help to contribute to the emergency costs incurred by the public authorities in these four EU countires because of the disasters.

In response to the emergency, in particular, it will help to restore essential infrastructure and services, reimburse funding emergency and rescue operations as well as meeting some of the costs of cleaning-up of the disaster- stricken regions including the natural zones.

Hahn, who oversees the Fund and signed the October 3 proposal, said “This decision shows how Europe can act to help fellow countries and regions get back on their feet after natural disasters. The European Solidarity Fund exists to give support to those countries when help is needed most to regain in getting back economic stability after natural disasters. The amount of funding proposed will enable Germany, Austria, the Czech Republic and Romania to recover and provide normal living conditions for the citizens in the affected regions.”

EU Commissioner Janusz Lewandowski, responsible for Financial Programming and Budget, stated: “Last July I promised the people in areas affected by the floods that the EU budget would come to their help as quickly and effectively as possible. Today, we deliver: we propose to amend the 2013 EU budget in order to provide help, and I will do all I can to ensure Member States and the European Parliament swiftly approve our proposal.”

In May and June 2013, much of Central Europe was affected by extreme flooding in many areas: causing damages to houses, infrastructure, and services. Though the floods were more severe and more extensive, overall damage was less than that of the floods in 2002, particularly in Austria and the Czech Republic. This is partly due to the effectiveness of flood protection and risk control measures being introduced since 2002, but more efforts are required in the future.

During the summer of 2012, major parts of Romania suffered from extremely high temperatures leading to drought. This led to with important crop failure, numerous forest and vegetation fires, and severe shortage of water for the people. 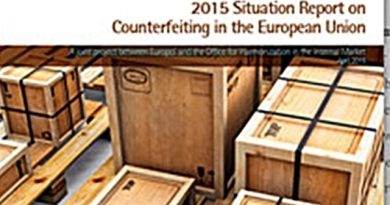 Counterfeit goods produced in the EU on the rise 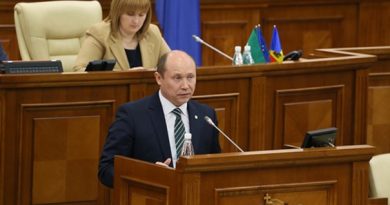 Moldova’s government brought down by motion of no confidence