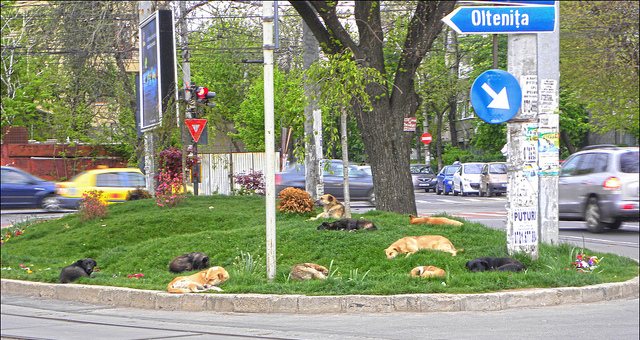 Romania’s lower house of parliament voted on September 10 to pass a new law that would give local authorities the right to euthanise stray dogs. The bill comes just days after an incident in Romanian capital city Bucharest, when a four-year-old boy was killed by a pack of stray dogs.

The vote passed with 266 votes in favour, 23 against and 20 abstentions. According to the new law, local authorities can euthanise dogs if, after a period of 14 working days in an animal shelter, they have not been adopted or claimed by their owners. Local authorities can extend that period if they have the funds necessary to house the strays for longer, the law says.

Representatives of animal rights NGOs, who were allowed to observe the proceedings from the house gallery, booed and turned their backs to MPs during the vote, local media reported. Some NGOs plan to appeal the bill in the country’s constitutional court, reports said.

Stray dogs are a nationwide issue in Romania, although nowhere nearly as bad as in Bucharest, where some estimates put the number of strays at 100 000. Statistics quoted by daily Evenimentul Zilei put the number of people bitten by strays in Romania at about 16 200 last year alone, an increase from 10 500 in 2007.

There have been other instances of fatal accidents over the years, including a senior official in a Japanese company in 2006, who died after being attacked in the centre of Bucharest, a short distance from the government headquarters.

The law is also one of the very few issues on which the current government and president Traian Basescu have been in public agreement – as mayor of Bucharest a decade ago, Basescu too had attempted, and failed, to keep the number of stray dogs in check.

Last week, Basescu called on the government to pass a law that would allow euthanasia of stray dogs, saying that neutering failed to solve the problem. Despite owning five dogs, including three adopted strays, he said that “neutering a dog does not remove its teeth” and that “we cannot put dogs above people”.