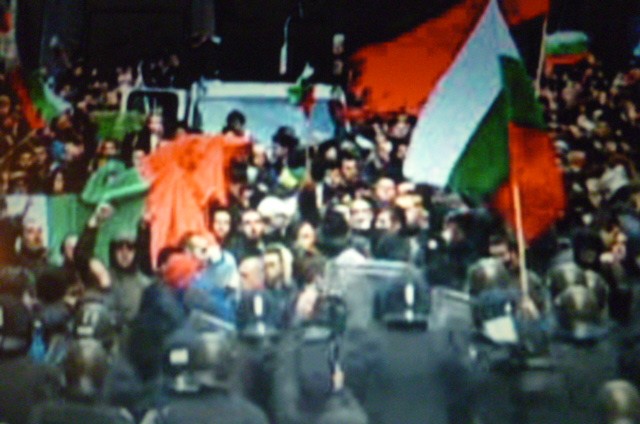 One of the prominent faces of the February 2013 “cost-of-living” protests that led to the resignation of Boiko Borissov as prime minister, Angel Slavchev, is to get his own show on News7, the recently-launched channel that is part of the stable of Delyan Peevski’s family.

Slavchev’s show, to be broadcast daily at noon, will be called “Citizen Control” in an apparent echo of the failed political party launched in March by Slavchev and two other individuals prominent in the February protests, Doncho Doudev and Yankov Petrov.

Going by a News7 statement, the concept of the show is that the “young and zealous” host will invite to the studio politicians, economists and experts to resolve the problems of ordinary people in Bulgaria.

The show’s main aim is to “work to protect and defend the civil rights of viewers” and to take up various problems with state and private institutions.

News7 is part of a media group that since around the start of the time of the protests early in 2013 was hostile to Borissov and his centre-right GERB government.

The February 2013 protests resulted in Borissov’s resignation, after a group of protesters were involved in a violent clash with police in Sofia.

According to local media reports, Slavchev was involved in an incident on September 2 when he appeared at the anti-government tent camp in front of the National Assembly.

His presence annoyed the anti-government protesters who demanded that he leave, and police intervened as tensions rose, media reports said.

In March, after the resignation of the Borissov cabinet took effect and early elections were called, Slavchev, Doudev and Petrov used the registration of the 1989 “Movement for Civic Control” to enter candidates in the elections.

The three said that they themselves would not stand as candidate MPs but were inviting cities and towns that had been involved in the February protests to come forward with candidates. Slavchev, Petrov and Dudev said that they were borrowing the money from banks. They also had set up an account to accept donations.

The “Movement for Civic Control” said that it expected to win 160 seats in Bulgaria’s 240-seat Parliament, the National Assembly. It won none.

In mid-August, according to a report by Bulgarian National Radio, Petrov said that Slavchev had quit the party to work with Nikolai Barekov, the TV7 boss who set himself up as the principal antagonist of Borissov and who reportedly has political ambitions of his own.

Slavchev reportedly was among those involved with the anti-shale gas protests in 2012 that led to Borissov’s ruling party GERB voting a moratorium on exploring for and extracting shale gas – a move that, leaving aside the highly emotional debate on the ecological aspects of shale gas, was seen as a victory for Russia that would prefer to maintain its overwhelming predominance of the supply of natural gas to Bulgaria.

Slavchev is a former member of the Bulgarian Left party – he has rejected as untrue media reports claiming that he was a member of the opposition Bulgarian Socialist Party’s youth wing, and he left the Bulgarian Left party in 2012; in 2011, he had been on the list of the party’s candidate municipal councillors in the local elections that year. He was a member of a Russophile association, which he told journalists he joined because of Russia’s long-standing solidarity with Bulgaria and because he was an Orthodox Christian, although he insisted that he always would put Bulgaria’s national interests first.

In 2009, he took part in public broadcaster Bulgarian National Television’s weekly Referendum debate show, against foreign military bases in Bulgaria (a Nato member, Bulgaria has a shared military bases agreement with the United States). After the Soviet Army Monument in Sofia was redecorated by anonymous artists, Slavchev was photographed cleaning it, and Slavchev also appears in a YouTube video speaking at a counter-protest to a protest demanding the dismantling of the monument. 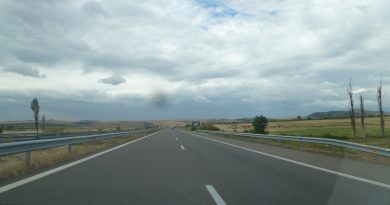 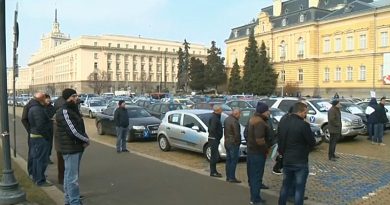