In a continuing sequel to a July incident in Sofia in which a taxi driver well over the drink-driving limit ploughed into pedestrians at a bus stop, resulting in the deaths of a woman and a child and leaving 10 people injured, traffic police in the Bulgarian capital are checking the records of more than 6000 taxi drivers in the city.

Traffic police will pull the files of the taxi drivers and uniformed officers check the drivers one by one, including their records of traffic offences over the years.

Traffic police and the motor vehicle inspectorate began large-scale checks of taxi drivers on July 17, a few days after the fatal accident at a bus stop in Sofia’s Tsarigradsko Chaussee. That accident led to national outrage and calls for stricter controls over taxi drivers.

Inspector Georgi Hristov of Sofia traffic police said that since the checks had begun, 1973 drivers had been checked, of whom 538 had been penalised for various offences, including three who had been found to be drink-driving.

The results of the checks of Sofia taxi drivers’ records should be ready by the end of August, according to traffic police.

BTV said that, in turn, taxi drivers saw the measures as both too late and as an overreaction. “I don’t agree with the huge noise that has been kicked up because of that stupid fool, and that every taxi driver has to suffer because of it,” taxi driver Georgi Detchev said. 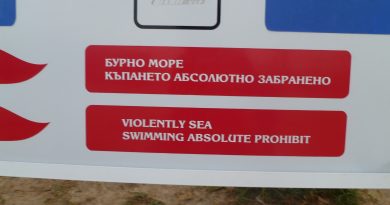