The extension of the Covid-19 epidemic declaration in Bulgaria to July 15 would not mean the introduction of new or previous harsh restrictive measures, Health Minister Kiril Ananiev told a briefing after a June 24 Cabinet meeting.

The epidemic declaration initially had been set to expire on June 14, but then was extended to June 30, and at the June 24 Cabinet meeting, was extended again, to July 15.

The decision came against a background of several days of significant increases in newly-confirmed cases of new coronavirus.

Ananiev said that the government would rely on the restrictive measures that it was applying at the moment.

These included a ban on entering Bulgaria or mandatory quarantine for people from certain countries.

The mandatory requirement to wear a mask or other protective facial covering in indoor public places will remain in effect.

Others were hygiene measures, disinfection, and requiring employers where possible to allow staff to work from home, as well as limitations on gatherings of groups of people and mass events.

On June 23, when the requirement to wear a mask in indoor public places came back into effect, authorities in major cities such as Sofia and Plovdiv stepped up checks on compliance in public places and on public transport.

June 23 also saw Prime Minister Boiko Borissov and several others fined after they entered a church at Rila Monastery without wearing masks.

Speaking at the June 24 Cabinet meeting, Borissov said that there had been great tension in April and May as restrictive measures kept people in their homes.

“Gradually we opened everything and asked only for discipline,” he said.

“And what did the spectators at the stadiums do? Gather together, without masks. That’s why there is this restriction now and most likely, if they go on like this, we will close the stadiums, like in other countries,” he said.

“We opened the discos, to keep people entertained. You saw what they were doing there. I’m sorry – democracy is for the disciplined!” Borissov said. 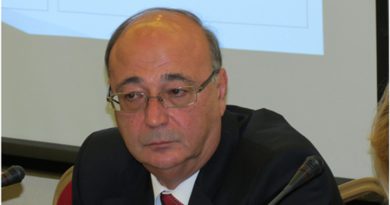