Ahead of Bulgaria’s May 12 2013 parliamentary elections, it was a case of “all against GERB” and a few weeks into the new Parliament, the theme is the same.

The melodramas in the National Assembly as the working week came to close offered no shortage of illustrations, among them what amounts to a partial boycott of Parliament by the former ruling party headed by Boiko Borissov.

On June 6, Borissov’s GERB delayed the start of proceedings by denying the National Assembly a quorum – even though if the other three parties continue their practice of co-ordination, GERB is not needed for one – followed by Borissov leading a walkout from the Assembly in protest at the other parties’ rough handling of his party.

At first, it was not quite clear whether GERB, which is in the paradox of having the largest single share of seats in Parliament but being in effect the only opposition party, was boycotting proceedings entirely or simply had staged a walkout.

June 7 saw GERB stay long enough to register their presence, enabling a quorum, and then walking out.

From statements by Borissov, it seemed that the idea was to boycott plenary sittings, where, he said, his party was abused and ignored, but to take part in committee sittings. This turned out to be not quite the case, as Borissov’s lieutenant Tsvetan Tsvetanov made his views known on the second-reading debate on amendments to the State Agency for National Security Act, which changes Tsvetanov saw as a threat to national security.

Elsewhere, GERB MP and former health minister Desislava Atanassova said on June 7 that the party, in opposing the socialists’ proposed backtrack on the full ban on smoking in restaurants and bars, would participate in committee meetings and also in the House.

Somewhat predictably, the three parties now in effective alliance to uphold the government and approve legislation – the socialists, the Movement for Rights and Freedoms and Volen Siderov’s Ataka – jeered at the GERB boycott.

The socialists underlined that GERB was not needed for the work of Parliament to proceed, while MRF leader Lyutvi Mestan said that Borissov and GERB had further isolated themselves.

Up in the air

An issue that is being driven hard by the socialists, MRF and Ataka is that of alleged abuse of the use of government aircraft by Borissov during the 2009/13 GERB government.

For the anti-GERB parties, the issue has been taken up as a means to seek to discredit Borissov in the same way as the allegations against Tsvetanov during the election campaign about illegal eavesdropping.

The story started with reports that there was a lack of full records about the use of government aircraft while Borissov was in power, and then got somewhat more dramatic when Siderov and another Ataka MP alleged that state aircraft had been used to unlawfully export money from Bulgaria, allegedly to Lebanon. Siderov said that he had three sources for his allegation.

On June 7, Borissov said that he would be consulting a lawyer and that he intended taking court action against Siderov for slander, while at the same time he was considering other lawsuits.

The matter was raised as a question in Parliament on June 7, the first time that the new government in which Plamen Oresharski has been placed as prime minister was facing Question Time.

Meanwhile, GERB was continuing its offensive on another front, the amendments to the State Agency for National Security Act.

The amendments are part of significant restructuring of security and intelligence systems as the socialists move to restore the model that they put in place when in power from 2005 to 2009, while at the same time dismantling the power structures assembled by Tsvetanov when he was interior minister.

GERB’s objection to the amendments pushed by the socialists and the MRF is not only that they are a threat to national security, but specifically will seriously hamper action in Bulgaria against organised crime.

Borissov said that the 97 MPs of his party would petition the head of state, President Rossen Plevneliev, to convene a meeting of the Consultative Council on National Security on the issue of the amendments.

Borissov said that he hoped to see Plevneliev exercise his right to veto the legislation, which the GERB leader saw as opening the way for the creation of a “Gestapo” in Bulgaria.

On June 6, the day of GERB’s walkout from Parliament, MPs from the other parties voted to approve continuing the system that allows MPs to defect from one party to another or to leave their parliamentary groups as sit, effectively if not in name, as independents.

BSP MPs have been spreading speculation that, out of power, GERB’s parliamentary group will split and this was why the socialists were prepared to back allowing defections of sitting MPs.

In contrast, a senior GERB MP, Krassimir Velchev, said that there were plans afoot for a new parliamentary group to be formed from BSP and Ataka MPs. This, according to Velchev, would enable Ataka to play an opposition role while also effectively sharing in government. GERB leader Borissov has heaped scorn on Ataka for compromising itself by working with the socialists and the “Turkish party” although Ataka leader Volen Siderov has responded by saying that his actions were aimed at preventing a return to power by GERB.

This is part of the big picture in post-May 2013 Bulgarian politics. While the current setup arranged around keeping the Oresharski administration in place could last the full term of four years provided that the BSP, MRF and Ataka manage to maintain their working arrangement, the prospect of some unforeseen crisis that could precipitate ahead-of-term elections is likely to keep all parties in something approaching permanent election campaign mode.

That, in turn – apart from the heightened emotions as the socialist government moves as fast as possible to eradicate the legacy of its GERB predecessor – has everything to do with Borissov’s boycott strategy.

Borissov also is likely to continue to underline the message that the issues that the socialists and their allies have decided to prioritise have no relevance to the bread-and-butter issues around which Bulgarians were mobilised in early 2013 and that led to the political crisis.

How long the current partial boycott move – the Borissov two-step – will last and what would be required to change it is, for now, something known only to Borissov and his closest advisers and strategists. 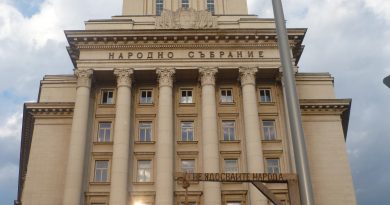 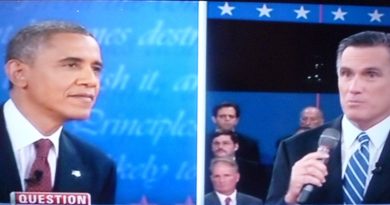 US presidential debate: Obama fast and furious as Romney fluffs and flubs facts