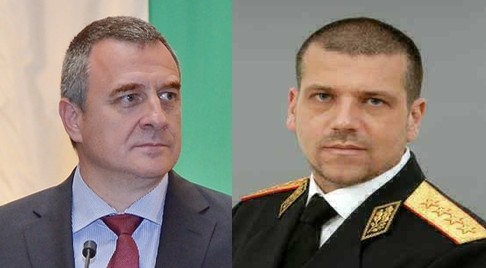 Yovchev is a member of the Bulgarian Socialist Party-appointed Cabinet voted into office by Parliament on May 29, and which intends major restructuring of the Interior Ministry.

Among these changes is the removing of the chief directorate for combating organised crime from the Interior Ministry and shifting it within the State Agency for National Security.

Yovchev, formerly with the State Agency for National Security, former head of President Rossen Plevneliev’s staff and a former adviser to Borissov, said that there would be both structural and personnel changes at the Interior Ministry.

These changes, according to Yovchev, would be made on the basis of a number of criteria, including loyalty to the system and their competence.

“Those, who are not loyal and competent, who are not committed to the activities of the ministry and the results it achieves, have no place in the leadership of the ministry. Thus, there will be some changes in this direction. Secretary General Kalin Georgiev has expressed his wish to leave the system,” Yovchev said.

The Interior Minister said that Georgiev was a “very intelligent, well-trained officer” and he had a good impression of him. He could not say yet who would replace Georgiev, Yovchev said.

On May 30, State Agency for National Security chief Konstantin Kazakov announced that he had submitted his resignation.

Kazakov told Prime Minister Oresharski in a letter that the state agency was a specialist body dealing with national security, and the head of government should have a free hand in choosing its leadership.

At a handover ceremony at the ministry on May 29, Yovchev said that for one reason or another, the country and the ministry were in a crisis situation.

To get out of this situation, serious reforms were needed, he said.

The main areas of these future reforms would be greater efficiency in the fight against domestic and financial crime, more effective spending and improved management of the departmental budget, categorical assurances that the all of the activities of the Interior Ministry would proceed in accordance with the law, and restoration of public confidence in the ministry.

During the bitterly-fought campaign ahead of Bulgaria’s May 12 elections, Tsvetan Tsvetanov, interior minister in the Borissov government, was the target of allegations of overseeing illegal eavesdropping of senior state and political leaders as well as business people. Tsvetanov, who denies wrongdoing, is the subject of a request by prosecutors for the removal of his immunity as an MP from prosecution. He said that he was willing to relinquish his immunity to face the intended charges, which are of failing to properly oversee the work of the department in charge of surveillance, in order to clear his name.

(Montage of photos from the Interior Ministry: Tsvetlin Yochev, left, and Kalin Georgiev) 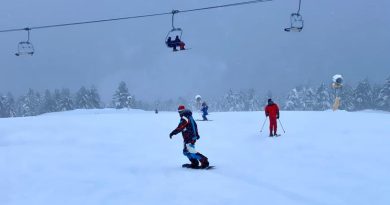