Anyone in Bulgaria ready to scream if hearing the word “elections” once more, may now keep their breath in reserve for when the country joins other European Union states in voting in the European Parliament elections, which are being brought forward slightly, to a May 22 to 25 2014 timeframe.

Given that Bulgaria customarily holds its elections – parliamentary, presidential, municipal – on a Sunday, this would imply an election date of May 25 2014.

The elections for the European Parliament, held every five years, are being brought forward to give the MEPs more time to prepare for the choice of a new European Commission President in June. Previously, EP elections were to have been held from June 5 to 8.

Meanwhile, at a meeting on May 28, the European Parliament’s constitutional affairs committee came up with a number of recommendations.

Recommendations on how EU member states and political parties can improve the organisation of the next European elections are set out in a report by Andrew Duff (ALDE, UK), adopted by 20 votes to four. This report follows up the recent decisions to bring forward the polling date and to nominate party political candidates for the Commission presidency.

“Parliament means to use its new powers under the Lisbon treaty to shape the new Commission. We will have a decisive say in choosing who is to lead the Commission, and on his or her political programme. The 2014 election campaign will be more interesting, more European and more political than previous elections. I hope that the political parties, the candidates and the media will all raise their game, so that voters can make serious choices on the important political matters with which Parliament now deals,” Duff said.

National political parties should tell citizens – before and during the electoral campaign – which European political party they belong to and also which candidate they support for European Commission President, including his or her political programme.

Political parties should ensure that the names of candidate Members of the European Parliament are made public at least six weeks before the start of polling.

Candidates should also be expected to pledge that if elected to serve as an MEP, they will do so, unless meanwhile appointed to a post that makes them ineligible (for example, in the European Commission or a national government).

European political parties should name their candidates for Commission President “sufficiently well in advance of the election” to enable them to mount an EU-wide campaign on European issues, based on the party platform and the programme of their candidate for Commission President, says the committee. Candidates should be transparently and democratically selected, it adds.

Candidates for European Commission President should personally present their political programmes in all EU member states, MEPs say. They also urge the European political parties to hold a series of public debates between the nominated candidates.

“Detailed arrangements for consultations between Parliament and the European Council on the election of the new Commission President should be agreed by common accord in good time before the elections”, stresses the committee.

The committee also expects that “the candidate for Commission President who was put forward by the European political party that wins the most seats in the Parliament will be the first to be considered” with a view to “ascertaining his/her ability to secure the support of the necessary absolute majority in Parliament”.

Citizens from other EU countries on national lists

National political parties are encouraged to include on their lists of candidates EU citizens residing in member states other than their own and registered to vote there.

No official result should be published in any member state until after the close of polling in the member state whose electors are the last to vote on Sunday May 25 2014, the text says.

The constitutional affairs committee calls on member states to mount campaigns to encourage citizens to turn out and vote.

The committee also “encourages all media outlets to treat the elections with maximum attention”. 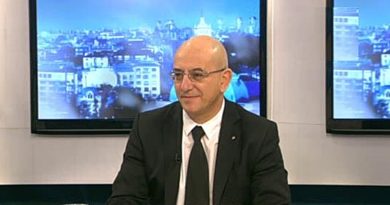