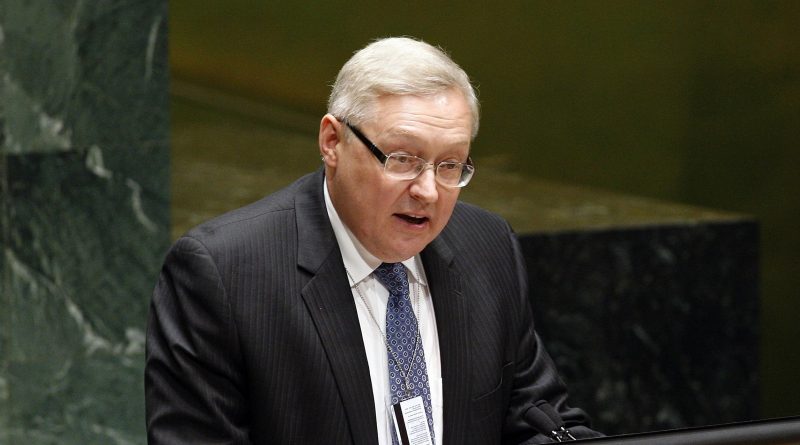 Europe News
May 28, 2013May 28, 2013 VOANews Russia, Syria
Russia has criticized the European Union’s decision to amend its arms embargo on Syria, saying the move will hurt efforts to hold a peace conference aimed at ending the country’s violence.
The EU agreed Monday to keep sanctions against the Syrian government, but to allow weapons to be sent to the main opposition Syrian National Coalition.
Russian news agency Itar-Tass quotes Deputy Foreign Minister Sergei Ryabkov saying Tuesday the decision directly harms prospects for the peace talks that Russia and the United States proposed for next month.
Foreign Minister Sergei Lavrov and U.S. Secretary of State John Kerry said Monday after meeting in Paris to discuss the plan that they remain hopeful, despite the challenges they face in pulling together the multi-national effort.
Lavrov calls the task a “very tall order,” but says Russia and the United States will do everything they can to make the initiative successful.
The EU says it will evaluate the state of those proposed talks and consult with United Nations Secretary-General Ban Ki-moon before any actual arms shipments take place. That decision will come before August 1st.
British Foreign Secretary William Hague says the amended embargo puts pressure on Syrian President Bashar al-Assad to seek a non-military solution to more than two years of fighting.
“This is a strong signal to the Assad regime, that it needs to engage on the political process and, as I have always said and as I have said to our parliament last week, we would only take the step of sending arms in company with other nations in carefully controlled circumstances and in compliance with international law. But this decision today gives us the flexibility in the future to respond to a worsening situation or to a refusal of the Assad regime to negotiate.”
Britain and France have been the main advocates of arming the Syrian rebels, while Austria and Sweden have led a small group resisting the move with fears it could worsen Syria’s civil war.
The EU recognizes the Syrian National Coalition as the legitimate representative of the Syrian people and has strongly encouraged the group to take part in the peace talks. Mr. Assad’s government has already agreed “in principle” to participate.
Swedish Foreign Minister Carl Bildt expresses optimism about finding a political solution and cautions that now is not the time to send arms to Syria.
“I think it is very important that we have a very solid support for the political process. Because we now have the first possibility for a very long time, as a matter of fact since the last summer, for a political process and I think it is extremely important not to do anything to rock the boat. To start delivering weapons now would rock the boat. No one is intending to do that.”
The U.S.-Russian plan is to bring together the Syrian government and the opposition to negotiate terms for a transitional government in Syria.
Russia reiterated Monday its support for including Iran in the peace conference. Both Russia and Iran are Syrian allies.
The United States has long criticized Iranian support for Mr. Assad, accusing Tehran of exacerbating the Syrian conflict rather than being part of the solution.
Source: VOANews.com
(Photo: Russian Deputy Foreign Minister Ryabkov: UN Photo/Evan Schneider)