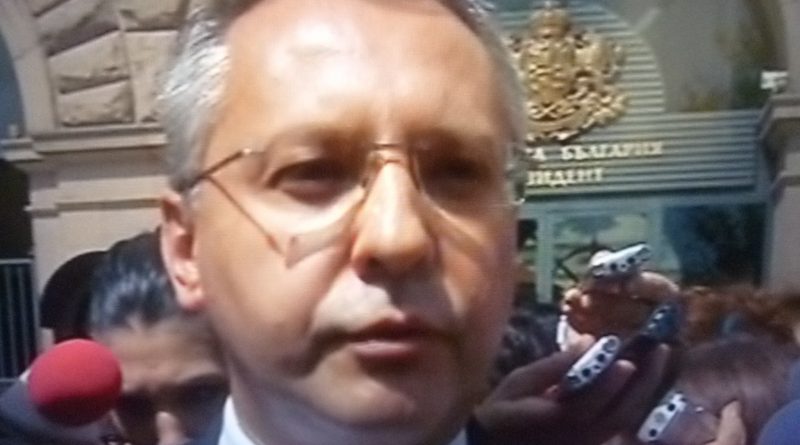 Meeting President Rossen Plevneliev on May 17, Bulgarian Socialist Party leader Sergei Stanishev proposed May 21 as the date of the first sitting of the newly-elected Parliament.

As the leader of the party that got the second-largest number of votes in the May 12 elections, Stanishev was second in a succession of four leaders invited to the Presidency for consultations on convening Parliament.

Stanishev said that his party was in “absolute agreement” with the President that the new Parliament should sit as soon as possible.

The first to meet Plevneliev, GERB leader Boiko Borissov, told journalists afterwards that his party would accept any date that the other three parties agreed on.

Borissov’s party will, faced with opposition by the other three parties, not be able to get its proposed government approved, but intends to propose one anyway, with Borissov arguing that his party is obliged to do so given that the most voters – more than a million – voted for GERB to return to power.

Stanishev told journalists that co-operation with other parties, except GERB, was being sought on the basis of a framework of principles for a “programme government” to implement.

He said that there would be consultations with unions and the private sector on the programme. His party had three programmes for three time-frames – the first 100 days, the first year and the full term in office before the parliamentary elections currently scheduled for 2017.

Stanishev said that the “strongest people” capable of carrying out the necessary tasks would be sought, and need not necessarily be from the socialist party.

He rejected claims that, given the shares of seats among the parties in Parliament after the May 12 elections, the envisaged government would not be sustainable.

Stanishev said that he had recommended May 21 because it was a “bright Christian holiday”, the Day of St Konstantin and Elena. Soon afterwards, on arriving for his party’s consultations with the President, Movement for Rights and Freedoms (MRF) leader Lyutvi Mestan – who already has stated that the MRF would support a programme government under socialist nominee for prime minister Plamen Oresharski – said that he was suggesting the same date for the same reason.

Mestan said that it was in Bulgaria’s interest to have a legitimate government in place as soon as possible.

Borissov earlier told journalists that the coalition between the socialist party, MRF and Volen Siderov’s ultra-nationalists Ataka would be “even worse for Bulgaria” than the 2005/09 tripartite coalition government of the socialists, MRF and Simeon Saxe-Coburg’s party.

This was because at least that previous tripartite coalition had included two liberal parties, Borissov said.

Borissov confirmed the intention that he announced on May 16, that GERB would approach the Constitutional Court to overthrow the May 12 elections on the grounds that the rules of the “day of contemplation” had been violated by parties campaigning.

GERB had retained legal counsel and would lodge the application in the Constitutional Court in the next few days, Borissov said.

The 42nd National Assembly will have a 120-120 seat split, if looked at as GERB and Ataka having half of the seats and the BSP and MRF the other half.

Borissov said that the scenario that had been cooked up was that some Ataka MPs would “defect” from the party to vote the socialists’ planned government into power.

He said that after this “charade”, Siderov would publicly condemn those MPs who left his party.

Ahead of the consultations on May 17, Plevneliev emphasised that the talks with the parties were about agreeing on a date for Parliament to hold its first sitting and were not about handing a mandate to attempt to form a government to be approved by the National Assembly. 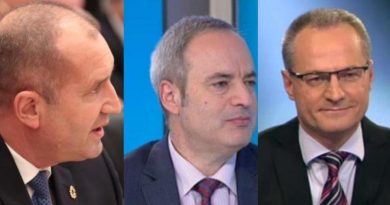