Bulgarian prosecutors are yet to file any indictments in the investigation into the alleged illegal printing of 350 000 ballot papers, seized by prosecutors on May 10, two days before the parliamentary elections on May 12.

At a lengthy news conference on May 15, Bulgaria’s Prosecutor-General Sotir Tsatsarov defended the decision to raid the printing house in Kostinbrod.

Tsatsarov, accompanied by other senior prosecutors, showed samples of the ballot papers seized during the raid – these were identical to ballots used during the elections, he said, disproving the printing house owner’s claims that the ballots were not up to scratch.

Further undermining such claims, Tsatsarov said, was the fact that some ballots from the batch seized by prosecutors had been sent to voting sections throughout the country.

However, despite the lengthy and detailed explanation of prosecution’s actions – the result of three separate tip-offs received on the morning of May 10 – and Tsatsarov stated firm belief that the printing of additional ballots was a crime, it was unclear what charges would the prosecutors press and against whom.

The prosecutors later received a separate tip-off that a transportation company was hired to transport the ballots, allegedly using secret compartments. Acting Sofia city prosecutor Roman Vassilev declined to name the company but said that the cars never got close to the printing house after news of the prosecution’s raid was leaked to the media on May 11.

President Rossen Plevneliev was notified of the raid on May 10 – “not because the prosecutor’s office owes explanations, but because the next day was the so-called ‘day of contemplation’, and the one after that was the election day,” Tsatsarov said. Plevneliev asked for a permanent guard on the spare ballots, a task given to the gendarmerie.

Tsatsarov said that his intention was to keep the investigation under wraps until the election day was over, but the media leak the next day forced prosecutors to release a statement on May 11, the so-called “day of contemplation” when all political campaigning is banned.

The statement did nothing to quell the media and political storm on May 11, with the accent on the printing house owner’s ties to Boiko Borissov’s GERB party.

This, in turn, prompted GERB campaign leader Tsvetan Tsvetanov to accuse the prosecutor’s office of becoming part of the election campaign. Borissov said on May 15 that the disclosure of the information cost his party between five and six per cent of the vote on election day.

Answering such criticism, Tsatsarov said that prosecutors were only doing their job and he was uncertain why “a certain party is identifying itself with this incident”. He said that while other parties exploited the incident for their own political ends, it was a subject for electoral authorities to rule on.

After Tsatsarov’s news conference, Borissov said in a statement that his party was sending prosecutors 135 pages of media clippings, all of them “indirectly accusing GERB of manipulating the elections. The insinuations were even stronger in the headlines on the front pages of newspapers on election day.”

“I hope that despite your busy schedule, you will find the time to closely inspect the contents of the publications and see that it is not a case of self-identification but direct accusations against the image of GERB as a party and myself as its leader,” Borissov said.

In reply, caretaker Prime Minister Marin Raykov said that he would react only if the guilt of any employee of the Council of Ministers administration was proven beyond any doubt. Raykov also said he ordered an investigation into the source of the media leak on May 14, when Bulgarian media were sent some of the depositions in the printing house probe.

The leak, signed by “a group of honourable prosecutors”, alleged that the entire affair was engineered by socialist leader Sergei Stanishev and Movement for Rights and Freedoms MP Delyan Peevski, co-owner of one of Bulgaria’s largest media groups. TV7, the television station that broke news of the prosecutor’s office raid on May 11, is part of Peevski’s media group. 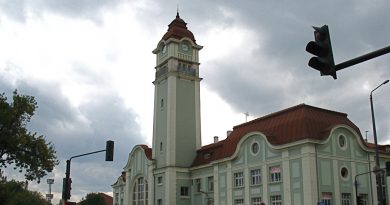