Bulgaria’s top-ranked tennis player Grigor Dimitrov will take on former world number one Rafael Nadal in the quarterfinal of the Monte-Carlo Masters after defeating Germany’s Florian Mayer on April 18 in straight sets 6-2, 6-4.

Dimitrov, ranked 34th in the world, made short work of his opponent, winning the match in only 67 minutes to book his first quarterfinal appearance at a Masters tournament. The Bulgarian won the first set in 26 minutes and could have wrapped up the match even earlier, but Mayer broke Dimitrov’s serve at 5-3 up in the second set, only to have his own serve broken right back.

Dimitrov, who defeated eighth-see Janko Tipsarevic of Serbia on April 16, had a full day of rest, while Mayer had to play two matches on April 17 – a three-set win against Roberto Bautista-Agut in the singles tournament, followed by a doubles match with Philipp Kohlsreiber against the world’s number one doubles pair, Bob and Mike Bryan.

Kohlsreiber, seeded 16th in Monte-Carlo, had an even more daunting task than his doubles partner, taking on Rafael Nadal. The Spaniard, who seeks his ninth consecutive title in Monte-Carlo, defeated his opponent in 80 minutes (6-2, 6-4).

Nadal and Dimitrov have met only once before, at the 2009 Rotterdam Open. Dimitrov, in one of his first ATP Tour matches and after defeating Tomas Berdych a round earlier, took Nadal to three sets but was unable to score a resounding upset over then-world number one.

Nadal has already won four titles in the five tournaments he has competed in this year, returning after a seven-months injury lay-off that saw him miss the US Open and Australian Open, dropping to fifth in the ATP Tour rankings. His last defeat at Monte-Carlo came in 2003 and he is on a 44-win streak at the tournament where he has won a record eight titles. 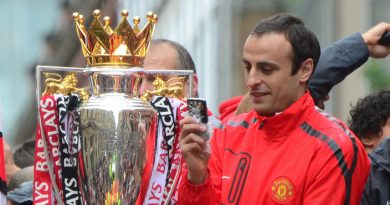