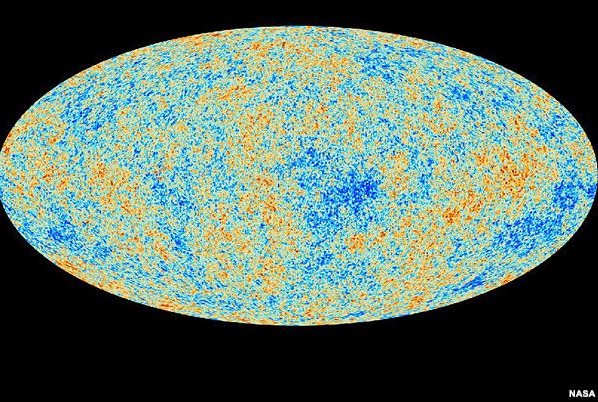 Scientists from the European and U.S. space agencies say ESA’s Planck space telescope has yielded the most detailed map ever created of the oldest light in the universe.

The new map shows the first light – known as the cosmic microwave background – that was imprinted on the sky when the universe was in its infancy, a mere 380,000 years after the Big Bang. That was the cataclysmic event believed to have given birth to the cosmos nearly 14 billion years ago.

NASA’s director of astrophysics, Paul Hertz, told reporters in a NASA teleconference that the map’s level of detail is unprecedented.

“It’s as if we’ve gone from a standard-television to a high-definition television,” explained Hertz.  “New and important details have become crystal clear.”

Those include details about the universe’s precise age and its contents, says Charles Lawrence, the U.S. Planck project scientist based at NASA’s Jet Propulsion Laboratory in California.

“Compared to the previous best measurements, the universe is a little older – 13.8 billion years,” said Lawrence, indicating that our universe might be about 100 million years older than previously estimated.  “It’s expanding a little more slowly.  There’s more matter, both the kind that we’re made of that we can see and the dark kind that we can’t see but that has gravity to pull things around.  There’s less dark energy, the mysterious stuff that’s pushing the universe apart.”

These new findings are based upon the first 15 months of data the Planck space telescope has collected as it scanned the sky.  Planck is an ESA mission with significant NASA participation.

The map unveiled by the European Space Agency looks like an Impressionist painting – an elliptical canvas filled with tiny dots in varying shades of blue, yellow and orange.  The colors reflect miniscule temperature fluctuations across the cosmos that correspond to regions of slightly different densities.

Overall, scientists say what they have gleaned from the Planck mission tends to confirm the prevailing model of the universe but also raises some challenges.  They say new data on how matter is distributed across the cosmos will allow them to further test the accuracy of their model.

Astrophysicists say that by studying this new map, they can better understand how the universe began, what it is made of and even what might be in store for it.