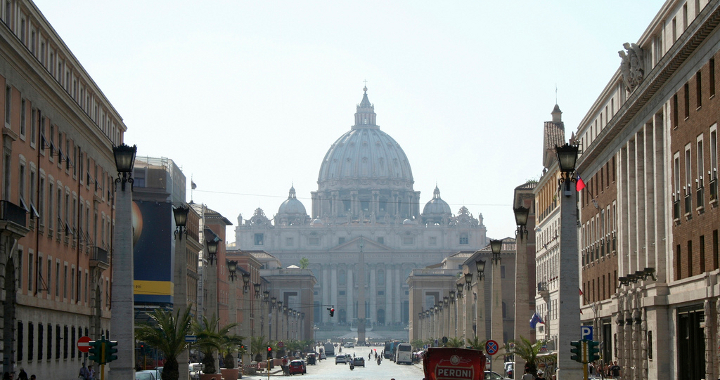 The 115 cardinals are attending a special Mass before retreating into the Vatican’s Sistine Chapel for prayer and deliberations. They will remain secluded from the outside world until a new pope is elected.

There is no telling how long the process will take. They will take no more than four votes per day — two in the morning and two in the afternoon. The world will know when the church has a new leader when white smoke billows from a special chimney installed on the chapel roof.

Their selection must receive at least 77 votes – a two-thirds majority. There is no clear favorite.

Pope Benedict surprised the world last month, when after eight years he became the first Roman Catholic Church leader in 600 years to step down voluntarily.

When not in the Sistine Chapel, the cardinals will be housed in a Vatican residence hall with no television and no telephone access. The Catholic News Service reports that some cardinals housed on higher floors may even have to keep their shutters closed to block any view of the streets of Rome outside Vatican walls.

Some Vatican observers say the Church is badly in need of reform after the child sex scandal and what they see as a growing irrelevancy of Church doctrine. They predict the cardinals will elect a younger pope. But the experts also say the more traditional-minded cardinals will push for a conservative.

The cardinals will officially enter the conclave at 5:00 p.m. local time Tuesday. The first possible smoke sighting from the Sistine Chapel chimney should emerge around 7:00 p.m. However, a vote taken late Tuesday is likely to be inconclusive because of the lack of a frontrunner.