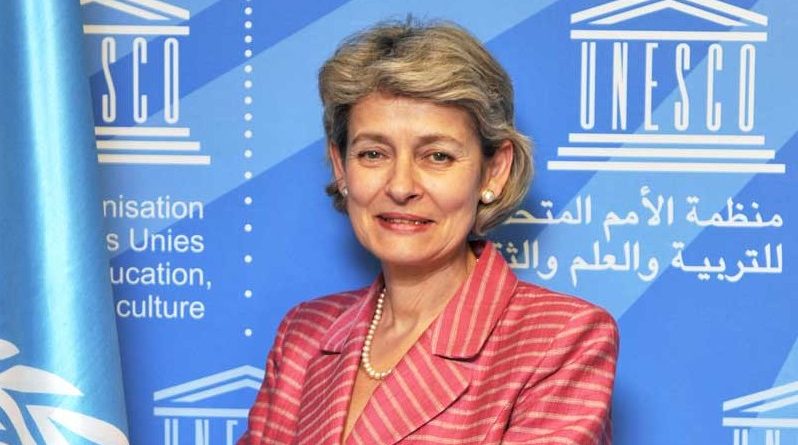 On the eve of International Women’s Day, March 8 2013, a new Eurobarometer shows that 78 per cent of Europeans think that having more women in positions of political power in developing countries would ‘make things better’.

In fact, more than three quarters of respondents said that getting more women into leading roles in developing countries would improve respect for human rights, with 72 per cent saying it would also improve living conditions and 65 per cent believing it would prevent conflict and war.

More than nine in 10 Europeans thought that gender equality improves the way societies in general function and that all aid programmes should take specific account of women’s rights.

In terms of how problems in developing countries affect men and women; most respondents thought that women were affected more than men by physical violence (83 per cent), as well as problems in accessing education (63 per cent), basic human rights not being respected and lack of an income/job (both 61 per cent).

EU Commissioner for Development, Andris Piebalgs commented: “We put women at the heart of everything we do; making sure that our aid programmes take women into account in everything from education and healthcare, to agriculture and energy, so I am delighted to see that the majority of Europeans agree with this approach.”

He added: “I am also interested to see how many people think that women in power can make a positive difference. It’s vital that every woman is given the chance to fulfil her potential; no matter where she lives”.

On the occasion of International Women’s Day on March 8 2013, Eurostat, the statistical office of the European Union, posted a selection of data on women in employment and on reconciliation of work and family life. The tables show only a small part of the large amount of gender based data available at Eurostat. A dedicated section on the topic of gender equality is available on the Eurostat web site.

Highest proportion of female managers in Latvia, Hungary and France

Women dominate the teaching profession, particularly in primary education. There are significantly more female than male teachers at primary education level3 in all Member States. In 2011, 85 per cent of primary education teachers in the EU27 were women, with the highest percentages in theCzech Republic and Slovenia (both 97 per cent), Italy, Lithuania and Hungary (all 96 per cent), and the lowest in Denmark (69 per cent), Luxembourg (74 per cent in 2010) and Spain (75 per cent).

…but fewer female than male academic staff in tertiary education

On the other hand, at tertiary education level3 there are fewer female than male academic staff (which includes lecturers and researchers) in theEU27. In 2011 the proportion of female academic staff was 40 per cent in the EU27, with the highest percentages in Latvia (59 per cent), Lithuania (55 per cent) andFinland (50 per cent), and the lowest in Malta (30 per cent), the Czech Republic, France and Italy (all 36 per cent).

Highest proportion of female physicians in the Baltic Member States

MEPs, their national counterparts and women professionals appealed on March 7 for a stronger gender dimension in all policy-making in response to the economic crisis which, they agreed, hits women harder than men, the European Parliament said.

“The economic crisis has affected women more than men but the crisis is also the opportunity to change the current situation,” said Gianni Pittella, EP Vice-President, who opened the discussion between the women’s rights committee and its guests from the national parliaments.

The meeting, held to mark International Women’s Day, focused on how to strengthen women’s social and economic rights in the crisis. Speakers agreed that women, especially women with children, suffer more than men in times of austerity. They called for investment in life-long learning, better education, female entrepreneurship schemes and opportunities for tele-working.

“If we invest in women, we need to let them go and follow their ambitions,” concluded French MEP Morin-Chartier (EPP), author of the resolution on the impact of the crisis on gender equality and women’s rights which will be voted by the full European Parliament on March 12.

The World Bank posted a notice, “join us for a live chat on gender and empowerment. In the run-up to International Women’s Day, our specialist panel and field researchers will be answering your questions and want to hear your stories about how women and men become empowered and overcome the challenges posed by gender norms.

In our latest gender study, “On Norms and Agency: Conversations with Women and Men in 20 Countries,” we asked 4,000 men and women in 20 countries about their sense of empowerment and how gender norms influence their aspirations and opportunities. We found women’s sense of empowerment growing in communities around the world. At the same time, traditional gender norms still persist.

“During this live chat, we’ll explore your stories along with the stories that came out of our study to identify successful paths to empowerment for all,” the World Bank said. Follow the event on Twitter with hashtags #wblive.

EU police agency Europol says that it sees International Women’s Day as the ideal opportunity to recognise the achievements of all women working within the organisation and to create awareness of Europol as an attractive employer for both men and women. Despite significant achievements in fostering equality between the sexes, gender gaps still remain and, across the European Union, women are still largely outnumbered by men in positions of responsibility in all fields.

Europol’s Director, Rob Wainwright, recognises the positive impact of a diverse and balanced workforce. Organisational performance relies on the complementarity and diversity of behaviours, and a diverse workforce provides a broader set of ideas, creativity and experience. If Europol is to be successful in combating international organised crime groups, the organisation must embrace gender equality and diversity, bringing together talent, skills and knowledge from all sides.

Europol will mark International Women’s Day with the release of a media package that has two main aims: to promote awareness and discussion on gender balance in law enforcement, and to raise awareness about career opportunities at Europol’s headquarters in The Hague. Europol will publish its article – The Female Factor – which explores the issue of gender balance within law enforcement environments, and profiles of eight female Europol staff members, who speak about their different roles and their experience of working for an international law enforcement agency.

Since the start of 2013, Europol has been present on Facebook, Twitter and YouTube to engage more with the public, providing information on the organisation’s mission and sharing news, insights and multimedia content. On International Women’s Day, Europol would like to encourage new subscribers to tune into its social media channels and especially Twitter, where Victoria Baines, team leader for Strategy and Prevention in the European Cybercrime Centre (EC3), will Tweet throughout the day to provide a practical insight into her daily life working for Europol.

The US state department said that on March 8, secretary of state John Kerry would honour “nine extraordinary women” with the Secretary of State’s International Women of Courage Award. First Lady Michelle Obama will join Kerry and the awardees as a special guest at the ceremony.

“The Secretary of State’s International Women of Courage Award annually recognizes women around the globe who have shown exceptional courage and leadership in advocating for women’s rights and empowerment, often at great personal risk. Since the inception of this award in 2007, the Department of State has honored 66 women from 44 different countries,” the state department said.

Unesco said that violence against women is one of the most deadly and widespread violations of women’s rights across the world. Globally up to seven out of 10 women experience some form of physical or sexual violence during their lifetime. Violence against women takes many forms – physical, sexual, economic, psychological – but all of these represent a violation of human dignity and human rights and have lasting consequences both for women themselves and for their communities.

Violence against women is prevalent in all countries across the globe and cuts across all geographical, cultural, social, ethnic and other barriers. It is rooted in deep seated structures and practices of gender inequality, Unesco said.

“Unesco is working in all domains to prevent violence against women, through research into the fundamental social and cultural causes of violence, development of education programmes for preventing violence in and around schools and universities, engaging men in prevention of violence against women, working with the media for gender sensitive reporting and many other activities. Legislation and policies are not sufficient, we need to ensure fundamental changes in gender roles and behaviours.”

“We must educate to shape new norms and behaviours. We must support women in becoming leaders in all fields of human endeavour,” Unesco Director-General Irina Bokova said.

“We declare that we will prosecute crimes against women – and never allow women to be subjected to punishments for the abuses they have suffered. We renew our pledge to combat this global health menace wherever it may lurk – in homes and businesses, in war zones and placid countries, and in the minds of people who allow violence to continue,” Ban said.

“Women around the world are striving to shape the future of their countries, societies and families and to fight for civil, political, economic, social and cultural rights, free from fear and violence,” EU foreign policy chief Catherine Ashton said.

“Wherever I travel, I meet courageous women who are fighting for an equal role in the democratic future of their countries. They are an inspiration to me, the women of the European Union and women all across the world. I take the opportunity today to salute them,” Ashton said.

Noting that more than 5000 people had gathered in New York to discuss the elimination and prevention of all forms of violence against women and girls in the margins of the 57th session of the UN Commission of the Status of Women, she said: “Violence against women and girls is a worldwide phenomenon, crossing all borders, all generations, all nationalities, and all communities.

“Yet it remains hidden, under-reported, under-prosecuted, and under-punished. This trend must be reversed. The EU will work tirelessly to achieve widespread agreement on the Conclusions against all forms of violence against women,” Ashton said.

She said that over the past decade, the EU had supported more than 100 projects directly targeting violence against women and girls, worth a total of 80 million euro. This includes the EU Daphne programme that finances civil society, universities and local authorities in their daily work to combat violence and support victims.

“Now is the time to accelerate progress towards the achievement of gender equality, by joining forces to build the future for all men and women in peace and prosperity,” Ashton said.