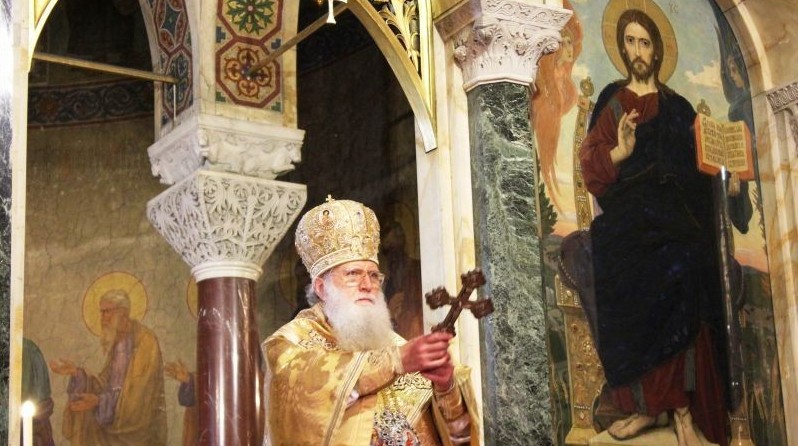 Bulgarian Orthodox Church Patriarch Neofit has called on protesters not to go to the extreme of committing suicide, an appeal made after three cases of self-immolation in the country in recent weeks.

The death of Plamen Goranov, who died several days after setting himself on fire outside the Varna municipal offices after calling on mayor Kiril Yordanov to resign, was at the forefront of national attention and prompted the Cabinet to declare a day of national mourning on March 6.

Interviewed on Nova Televisia on March 7, Neofit called on the laity to show patience and human dignity in seeking to achieve their demands.

Neofit said that suicide was tragic, and whatever the motives and goals, they were in contradiction with Christian morality.

Asked about the fact that a church funeral service had been conducted for Goranov, Neofit said that there were cases where clergy had discretion about conducting a funeral service for a person who had killed himself, even though church rules generally were against it.

Neofit said that if the suicide occurred for reasons that were not intentional and purposeful, and happened in a moment of insanity and “lack of correct understanding” then a church funeral service was possible.

Earlier, it was announced by the church’s governing body, the Holy Synod, that Neofit is to lead a “prayer for the reconciliation of the Bulgarian people” on March 10 in response to the current turbulent social, political and economic situation facing Bulgaria.

Neofit was elected Patriarch on February 24, taking office amid a series of nationwide protests and political upheaval as Bulgaria heads for early national parliamentary elections on May 12.

Of Bulgaria’s population of 7.3 million, according to the February 2011 census, 76 per cent declared themselves to be Orthodox Christians.

The Holy Synod said that all “Orthodox Christians and patriotic people” were invited to join the prayer service.

Proceedings are to begin with Neofit leading a liturgy at the St Nedelya church in Sofia, which will be followed by the prayer for reconciliation, the Holy Synod said.