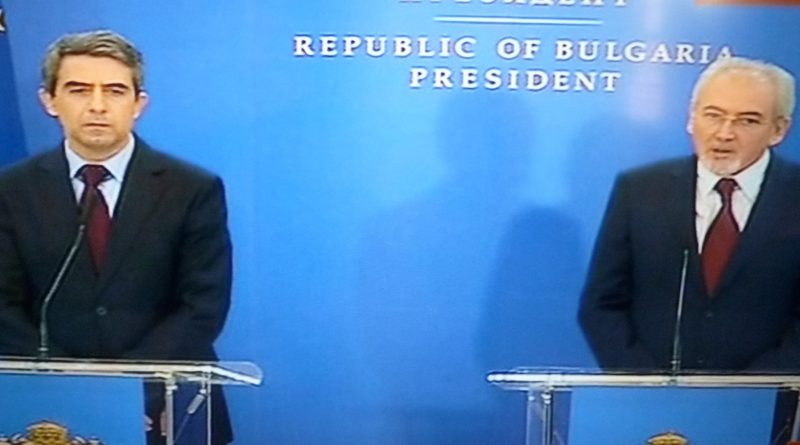 The earliest date on which a caretaker government may be formed, Parliament prorogued and the outgoing cabinet dismissed is March 13 2013, Bulgarian President Rossen Plevneliev said on March 4.

Plevneliev was speaking at a joint news conference at the Presidency with Lyutvi Mestan, leader of the Movement for Rights and Freedoms, after Mestan declined a formal offer to attempt to form a government. The ritual return of the mandate concluded the steps laid down in Bulgaria’s constitution ahead of the President naming a caretaker cabinet.

Plevneliev again declined to comment on speculation about who would be in the caretaker government. All three of Bulgaria’s largest parties have declined to serve in it. However, Plevneliev said that some names might be known before March 13.

He reiterated that it needed to be established which tasks should be carried out and then the experts most suited to perform them should be appointed.

In a reference to demands by protesters that Parliament continue until it had amended electoral laws to allow “direct citizen participation”, Plevneliev said that the constitution spelt out that there was no alternative to Parliament being dissolved when a caretaker government was formed.

Referring to a demand by Ivan Kostov, a former prime minister and leader of the minority right-wing Democrats for a Strong Bulgaria, to be handed a mandate to form a “programme government” – a demand to which ultra-nationalist Ataka leader Volen Siderov reportedly responded by saying that if this happened, Ataka would have to take up armed guerilla warfare – Plevneliev said that he had held consultations with all parties including Kostov and decided that no such mandate would be offered.

Sofia University ‘occupation’ supported by students at other Bulgarian universities