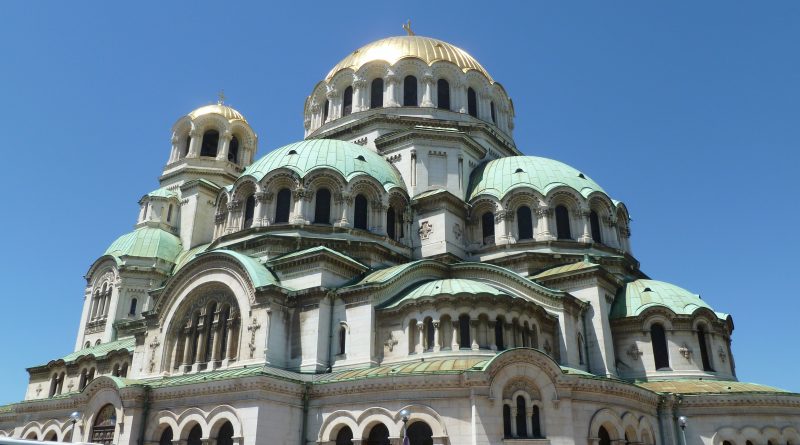 There is something American about the undeclared race to be the Bulgarian Orthodox Church’s next Patriarch: populist messages, playing to constituencies, even negative campaigning, with the provenance of the last-mentioned carefully uncertain.

In the week in which news headlines in Bulgaria were dominated by national uproar about electricity bills, Varna Metropolitan Kiril, currently in effect the acting Patriarch and who appears to want to remove the “acting” part of that title, had something to say on the topic.

“Everyone is affected by these bills,” Kiril said. “Something is wrong and it’s obvious. Let the distribution companies come to their senses”.

It was man-of-the-people stuff, and sure to be a vote-getter if there were votes to be got. But the broad church of the faithful have no real say in who becomes the next presiding officer of the Holy Synod. Unlike American elections, the decision is in the hands of the electoral college, in which the laity have little say.

For all that, comparisons with the American process are not lacking. On February 15 and 16 2013, the Holy Synod must decide on the three candidates who will be on the ballot, a form of nominating convention, if you will, a kind of Super Friday and Saturday.

The process that must be concluded by the end of Saturday brings to an end the phase of manoeuvring, campaigning subtle and not-so-subtle, and at least the first phase of horse-trading, of rumoured and real pledges of tradeoffs in exchange for support.

And yes, going negative. The one “clean” candidate in the election question has been Gavril of Lovetch, his status as the single eligible possible nominee who was not a communist-era secret service State Security agent making him a kind of Mr Smith goes to Washington figure (leaving aside Hollywood’s suggestions about what happens to clean candidates along the way, as per Robert Redford in The Candidate).

Gavril was the subject of allegations this past week about dirty work at the crossroads regarding money transferred to a bank. The allegations involve the transfer of large sums of money to the Bulgarian-Russian Investment Bank, and the intention was clearly to deluge Gavril in some form of Whitewater scandal.

But he came back with a stout defence, saying that the transaction had taken place to keep the funds out of the grabbing hands of schismatics in the church at the time it was under attack from post-communist forces. He omitted to point out what keen observers of the recent history of the Bulgarian Orthodox Church know, that those involved in the schism had their own connections to State Security, but he did invoke the revered memory of the late Patriarch Maxim, saying that the then-head of the church had been fully informed of the transaction (what did the Patriarch know and when did he know it?).

A question on the eve of the Holy Synod’s decision-making process about the shortlist of three was who would not make themselves available. Of course, in a context in which no one campaigns openly, no one could publicly announce, in American parlance, that they were “suspending” their campaign.

But several names already have been bandied about, to varying degrees of certainty. Metropolitan Joseph of the United States, Canada and Australia has been plain in public about his unavailability, citing his past as a State Security agent as rendering him unsuitable (if there was consensus about that point, and there clearly is not, the church might as well proceed to enthroning Gavril and pare back the ritual on election day, February 24).

Amid the unstated politics of the race, there was at least some plain and sensible speaking from someone who came relatively recently to partisan politics but who has gained something of an insight into its practices, in the secular world: President Rossen Plevneliev.

Speaking on the eve of the first day of the Holy Synod’s compilation of its shortlist of three, Plevneliev said that he was hoping for a “wise and legitimate choice” of a new Bulgarian Patriarch on February 24.

Recalling his promise not to interfere in church affairs, he said that a wise decision would pave the way for the Bulgarian Orthodox Church to have a much stronger position in society.

“Our society needs its three pillars – family, church and state,” Plevneliev told public broadcaster Bulgarian National Television. He “hoped and wished” that the new Patriarch would be a very legitimate choice, focused on the future – “forward, not back to the totalitarian state and path dependences”. This latter was an apparent reference to the State Security angle, especially given that Plevneliev, who pledged when he came into office in January 2012 not to appoint anyone with a State Security background to the head of state’s administration, had been asked whether he could kiss the hand of a Patriarch who had been a State Security agent.

This is a question that may be answered some time around February 24 or in the days immediately ensuing. 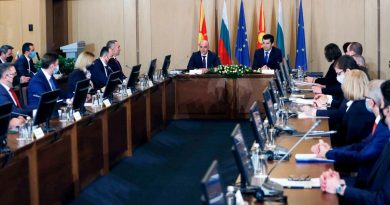