European financial markets were mixed Monday after the budget deal struck by EU leaders Friday, which will see overall spending cut for the first time. Several European leaders have suggested in recent weeks that the continent is emerging from the euro crisis. But analysts warn politics could be about to blow the fledgling recovery off course.  Henry Ridgwell reports from London.

The budget deal agreed to after marathon 25-hour talks in Brussels will see total EU expenditures cut by $45.9 billion or 34.4 billion euros over the next seven years.

It was seen as a victory for those EU leaders who had demanded that austerity at home be matched by cuts in Brussels, like British Prime Minister David Cameron.

“There are lots of people who wanted to push it up, and at last someone has come along and said this has got to stop.  It is time for that credit card limit to go down,” Cameron said.

The euro has gained 6 percent against a group of other currencies over the last six months. That’s a good sign, says European Central Bank President Mario Draghi.

“The appreciation is, in a sense, a sign of the internal confidence of the euro,” Draghi said.

Analysis by the Dutch bank ING showed almost $134 billion or 100 billion euros in private funds flowed back into eurozone periphery countries in the last four months of 2012.  That marks a big turnaround from a year ago when fears of a capital flight stalked the eurozone.

“We’ve seen the banks in Spain and Italy benefit from that, and there has been more of a willingness to take on the riskier trades of lending to the periphery nations,” said Louise Cooper. a a financial analyst and author of the CooperCity blog.

Periphery countries like Greece and Spain are still struggling with low or negative growth and spiraling unemployment.

Cooper says claims by European leaders that the debt crisis is over are far too premature.

“Politics is one of the black swans of the eurozone this year. In Italy we could have political uncertainty, perhaps the return of Silvio Berlusconi. In Spain, we don’t know where the current scandal surrounding the Prime Minister will go.  All of these sorts of things have the capacity to unsettle markets,” said Philip White, who is with the Centre for European Reform.

White adds that the big test for Europe this year comes in September with the German elections, when Chancellor Angela Merkel will face a tough battle to remain the leader of Europe’s biggest economy. 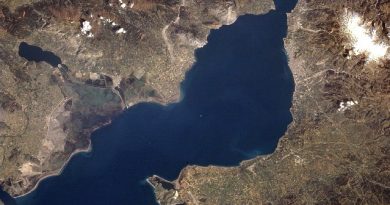