Bulgarian Minister of Culture Vezhdi Rashidov said that he would sue ultra-nationalist Ataka leader Volen Siderov for slander after Siderov, in a call for Rashidov’s resignation because a Bulgarian – Turkish television co-production is being filmed, referred to the Culture Minister as a Turkish spy.

Siderov, whose party is seen by pollsters as having scant chances in the mid-2013 national parliamentary elections, has been involved in a number of controversial incidents, including earlier this week the laying of criminal charges against him by a journalist who alleges that Siderov assaulted him in Ataka’s office in Parliament. Siderov rejects the allegation.

On January 18, Siderov railed against Rashidov – best-known as a sculptor before being appointed as a minister in 2009, and the only Bulgarian of ethnic Turkish descent in the Cabinet – for the television co-production, which Siderov claimed misrepresented history.

Reportedly a historical fantasy production, the series was said by Siderov to portray the Turks who arrived to take over Bulgaria not as invaders, but as sales representatives.

Siderov said that Rashidov was a major agent of Turkey in Bulgaria, promoting Ankara’s agenda in the Bulgarian Cabinet.

He said that the Culture Ministry had arranged for chalga music company Payner to get millions in EU funds because ruling party GERB wanted to lure voters with chalga (pop-folk music, notable for its Turkish influences) to the party’s pre-election concerts.

Rashidov told reporters that people could say what they wanted, but there was a limit, especially when stupidity turned to obscenity. 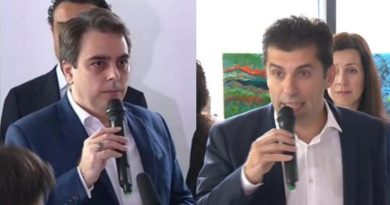 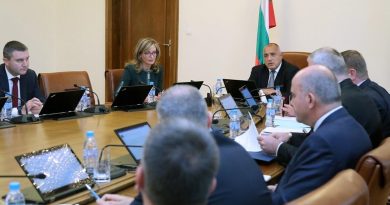