The New Year announcement by Czech Republic president Vaclav Klaus of an amnesty that is freeing about 7000 people from jail continues to cause widespread controversy and is reverberating in political circles ahead of the country’s January 11 and 12 2013 presidential elections.

Klaus (71) is scheduled to step down in March, having reached the end of the two terms allowed to a Czech head of state. In his New Year’s message, he made a surprise announcement of the amnesty, which he has said was intended to mark 20 years of Czech independence and was “a gesture aimed at giving a fresh chance to those citizens who may have broken the law but who are not repeat offenders”.

The amnesty covers everyone serving a term of less than one year and all prisoners over the age of 75, provided their sentence was for less than 10 years.

Most presidential candidates have criticised the amnesty, according to local media reports.

Even candidates who are close to Klaus, Milos Zeman (Party of Citizens’ Rights, SPOZ) and Jana Bobosikova (Sovereignty) are critical of the amnesty.  Schwarzenberg, who is current the Czech Republic foreign minister, said he was considering declaring amnesty if elected president, but said that this should apply to only petty crimes. The amnesty “should not apply to the biggest scandals of the country,” he told the Czech News Agency, the Prague Post reported.

The controversial second article of the amnesty ends the prosecution of all cases, save those where the defendant is on the run, which began more than eight years ago and for which the maximum sentence would be 10 years.

This covers a number of major cases of alleged economic crimes, Radio Prague said. The amnesty will halt the prosecution of five former managers of Union Bank which went under in 2003, and about 130 000 people lost their savings worth more than 17 billion crowns as a result.

Klaus’s decision will also drop the prosecution of several managers of the fraudulent construction firm H-System who promised people affordable housing but instead stripped them of nearly one billion crowns.

Other cases slated for closure include that of former managers of the Poldi steel works, accused of insider trading, former managers of the Trend and Marcia investment funds who were charged with asset stripping, or the case of the former head of the Czech football association František Chvalovský who was charged with fraud over unpaid credit. Several former employees of Komerční banka, the bank that provided the loan, were charged with him, and their prosecution will also end, Radio Prague said.

Klaus has said that he did not decide on the amnesty with any particular cases in mind.

The head of the supreme court, Iva Brozova, said she feared the move might undermine the rule of law, the BBC said.

She said she could not see the justification for a mass amnesty but acknowledged that the president was entitled to take the decision. 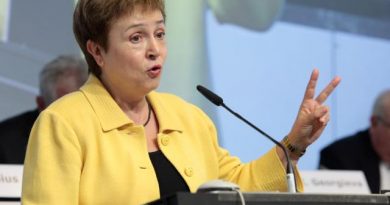