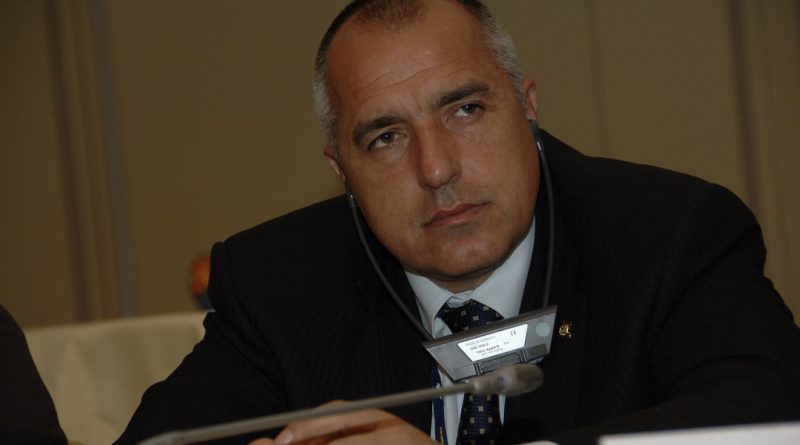 The United States and Bulgaria have pledged to step up their co-operation in investigating the July suicide bomber terrorist attack on Israeli tourists at Bourgas Airport, with Bulgaria continuing to say that it cannot identify who was behind the attack, it emerged after Prime Minister Boiko Borissov held talks on December 3 in Washington DC with US president Barack Obama.

The July 18 2012 terrorist attack resulted in the deaths of five Israelis, a Bulgarian and the bomber.

On a number of occasions since then, senior Bulgarian state and government officials reportedly have hinted that details of the identity of the bomber and those behind the terrorist attack might be forthcoming, but it appears that in spite of international co-operation in the investigation and the posting on the internet of the bomber and his alleged accomplices, Bulgaria is not in a position to disclose details.

Israel has blamed Hezbollah and Iran for the bombing, citing its own intelligence sources along with similarities to other terrorist plans and actions.

After Borissov’s talks with Obama, local media reported the Bulgarian Prime Minister as saying that Bulgarian and foreign services were continuing to investigate people who had entered Bulgaria and their activities in the country.

“We cannot identify the one who ordered this loathsome terrorist attack against innocent people because we need to identify more links in the chain, but after today’s meeting the US services will work more actively too,” Borissov said, adding that he and Obama had agreed that it was “not normal” to have a photograph of the bomber, his fingerprints and DNA and to still be unable to identify him.

Borissov told reporters that Obama had praised Bulgaria without directing any critical remarks towards the country, including on the issue of judicial reform.

Bulgaria’s shortcomings in reforming its judiciary and meeting EU standards in acting against organised crime and corruption have long been the subject of critical remarks by a succession of US ambassadors.

Going by official statements, however, the messages exchanged by Borissov and Obama were wholly upbeat.

According to the White House, Obama thanked Borissov for Bulgaria’s strong partnership in Nato, as well as the country’s support in Afghanistan and its co-operation on criminal investigations, law enforcement, and counterterrorism.

“But of course, the relationship is not just based on security issues,” Obama said.

He said that Bulgaria is a modernising country, and I know that the Prime Minister is interested in a range of reforms to create an open and transparent government, to improve trade and commerce between our two countries, as a leader in the Balkans in moving towards further integration with Europe and the rest of the world economy. We’ve been very impressed with the progress that’s been made in Bulgaria, and I’m looking forward to hearing from the Prime Minister how the United States can further assist in those efforts.

The White House transcript of the opening remarks reads:

PRESIDENT OBAMA:  Well, I want to welcome Prime Minister Borisov to the White House, and his delegation from Bulgaria.  I have to say at the outset that Bulgaria has proven to be one of our most outstanding NATO allies.

Obviously, there are very strong bonds between our two countries, including many Bulgarian Americans in my hometown of Chicago.  It reminds us of the strong people-to-people relationship between the United States and Bulgaria.

I’ve had an opportunity to work and discuss issues with the Prime Minister in the past, and he has always been a very effective leader on the world stage.  And I think it’s important for everybody to know that he’s also a black belt in karate, so you should be very careful crossing him.  (Laughter.)

We’re going to have a lot to discuss during this meeting.  But first and foremost, I want to thank the Prime Minister for the strong partnership in NATO.  Bulgaria has been a strong supporter of the efforts in Afghanistan, and we’ll have the opportunity to touch briefly on the transition that needs to take place there.  But I want to thank him and his fellow countrymen for their service and sacrifice.

We’ve also had excellent cooperation on criminal investigations, law enforcement, counterterrorism — and most recently, I want to thank the Prime Minister for his very diligent investigation of the tragic terrorist attack that killed Israeli civilians in Bulgaria.  The security teams in Bulgaria have worked very hard and cooperatively in bringing the perpetrators to justice.

But of course, the relationship is not just based on security issues.  Bulgaria is a modernizing country, and I know that the Prime Minister is interested in a range of reforms to create an open and transparent government, to improve trade and commerce between our two countries, as a leader in the Balkans in moving towards further integration with Europe and the rest of the world economy.  We’ve been very impressed with the progress that’s been made in Bulgaria, and I’m looking forward to hearing from the Prime Minister how the United States can further assist in those efforts.

So, Mr. Prime Minister, welcome to you.  And we look forward to this conversation.  The American people send their regards to the people of Bulgaria.  And the other thing I have to say is the weather is not always this good, so you should enjoy some of the sights while you’re here as well.

PRIME MINISTER BORISOV:  (As interpreted.)  Mr. President, it is an honor that you invited us all here to the White House.

First of all, I would like to extend my congratulations on your winning the trust again of the American people.

Of course, the fact that you pointed out you are from Chicago, I would like to point out that this is one of the biggest Bulgarian cities — over 150,000 Bulgarians make Chicago their home.  And everybody in Bulgaria was deeply moved at your telephone call to express your condolences for the Bulgarian citizen as well as the Israeli nationals who perished in the terrorist act.

I’m very glad that you pointed out that in countries such as Iraq and Afghanistan, places where our soldiers, U.S. and Bulgaria, fight for democracy shoulder to shoulder, that we do have additional topics of mutual interest.  And I thank you for the opportunity to lay a wreath today at Arlington National Cemetery at the Tomb of the Unknown Soldier.  As you know, a lot of Bulgarian soldiers perished and were seriously, grievously wounded in our missions in Iraq and Afghanistan.  And the way that the U.S. people — and you, personally — protect the memory of the perished soldiers is unparalleled throughout the world.

It is true that Bulgaria is an island of stability in the Eastern Balkans.  Our budget deficit is very low, our foreign debt is very low, and our financial stability is great.  Thank you for the opportunity in the energy sphere for Bulgaria to work towards diversification of energy sources.  We do have deep reserves in this area for the future.

Especially, I also would like to thank you for the excellent cooperation with the United States in such areas as social security, national security, counterterrorism, combating organized crime.  Our law enforcement services work together very effectively.

Of course, the Bulgarian citizens are expecting your decision on Bulgaria’s joining the Visa Waiver Program.  We do have visa-free travel regime with the entire European Union.  And thank you once again for the opportunity to discuss these topics. 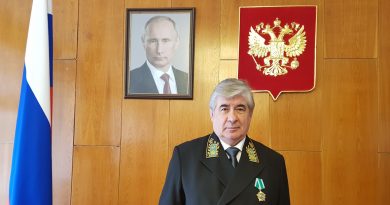