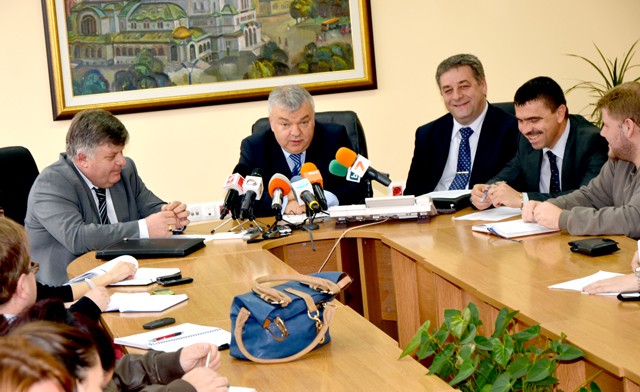 Bulgaria’s anti-organised crime police working together with other officers arrested a gang in Sofia that had carried out armed assaults on armoured cash vans, a November 28 2012 news conference at Interior Ministry headquarters was told.

Police chief commissioner Angel Antonov said that the robbers were arrested after a planned assault on a cash van in Chataldzha Street in the Bulgarian capital city on November 27.

The operation against the gang followed four months of surveillance of the group. Investigators were seeking links to other crimes as well as seeking to identify possible accomplices.

The men had stockpiled weapons, pepper sprays, goggles and had a car.

The assault on the cash van took place at 5.40pm. Two of the attackers broke a side window with hammers, sprayed the driver and took a cloth bag containing the equivalent of 50 000 leva (about 25 000 euro) in various currencies.

Police arrested three men, all in their 30s, and later arrested another – a former police officer who had been dismissed from the force in 2009 on disciplinary grounds – after he attempted to flee the scene on foot.

The men were being held in 24-hour custody pending the laying of formal charges, police said.