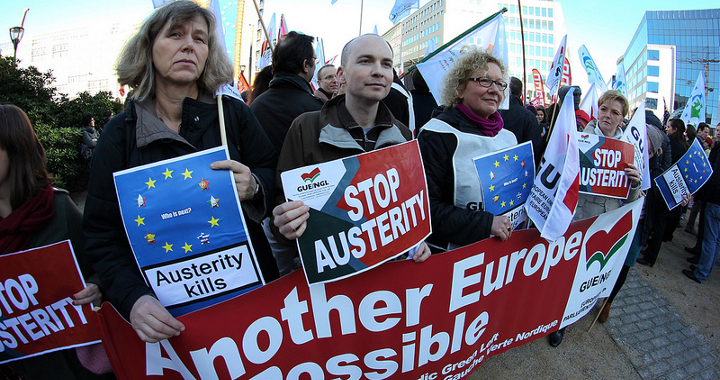 Thousands of workers are holding coordinated strikes in countries across Europe to protest their governments’ deep spending cuts and tax hikes.

The European Trade Union Confederation (ETUC) organized Tuesday’s action, which called for simultaneous strikes in Spain, Portugal, Greece and Italy, and demonstrations and rallies in other countries.

In Spain, baton-wielding riot police clashed with demonstrators in the capital, Madrid, arresting at least two people. More than 60 people were arrested across the country and 34 injured in incidents on picket lines.

Hundreds of flights were canceled in and out of Spain and neighboring Portugal, while rail transport, ports and factories remained at a standstill.

In Portugal, which took the European Union bailout last year, a strike by the country’s largest union shut subway stations in the capital, Lisbon, while buses ran limited service. Unemployment in Portugal reached a record high of 15.8 per cent on Wednesday.

In Italy, thousands of students and workers took to the streets of the country’s major cities, including, Florence, Rome and Milan. Some clashes were reported.

The ETUC says austerity measures across the euro zone are dragging Europe into a deepening recession while also increasing poverty and social anxiety.