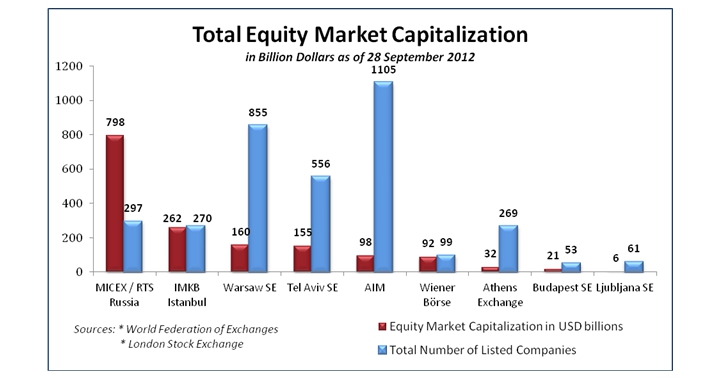 Although few small and medium-sized enterprise owners will ever take their companies public, it’s useful nevertheless for business owners to keep an eye on what’s going on with stock exchanges, if for no other reason, because they provide some interesting benchmarks.

What surprised me about the most recent statistics (see top chart) is that:
(a) The Alternative Investment Market (AIM) in London leads by number of listed companies;
(b) The Moscow Stock Exchange dwarfs both Warsaw and the AIM in terms of market capitalisation;
(c)The Central European exchanges, such as Vienna, Athens, Budapest and Ljubljana have very puny capitalisations (although Athens has a respectable number of companies listed). 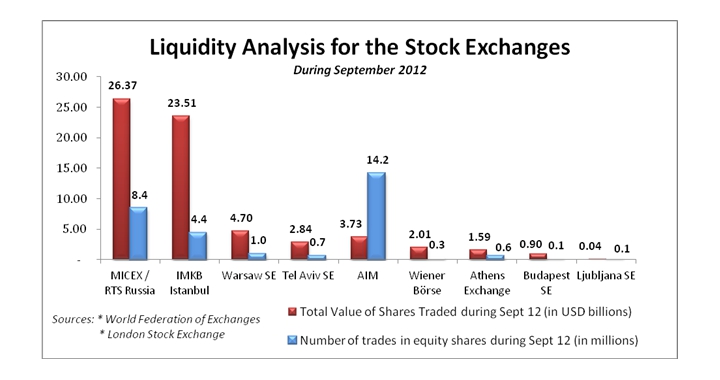 In a way, the results concerning Russia are not that surprising. Size of country and economy, at some point, should translate into size of stock exchanges. The Moscow Stock Exchange finally seems to be coming of age. Istanbul also benefits from size and momentum of the Turkish economy.

In this day and age, companies are increasingly listing on stock exchanges other than in their home country, or obtaining multiple listings. Hence it is worth keeping an eye on what is going on throughout the continents.

For companies in Central Europe that wish to go public, the AIM and the Warsaw Stock Exchange are two options that should still be seriously considered.