Lobby group FairSearch said on April 9 that it has lodged a complaint with the European Commission, accusing Google of using its Android mobile operating system to “cement its control over consumer Internet data”.

FairSearch describes itself as an “international coalition of 17 specialised search and technology companies whose members include Expedia, Microsoft, Nokia, Oracle, and TripAdvisor.”

The group said that Google allowed mobile phone manufacturers to use the operating system free of charge in exchange for including Google apps like YouTube and Maps, as well as displaying them prominently. Android accounts for about 70 per cent of all smartphone devices, the group said.

“Failure to act will only embolden Google to repeat its desktop abuses of dominance as consumers increasingly turn to a mobile platform dominated by Google’s Android operating system,” he said.

The European Commission is already investigating Google on allegations that the company favours its own services in its search results and, separately, whether last year’s Google privacy rules change – which combined all data from different Google services used by one person, such as Gmail, Maps and YouTube – was compatible with EU privacy laws.

Microsoft has had its own run-ins with EU’s anti-trust regulators, paying more than 2.2 billion euro over the past decade in fines for abusing its market dominance as the largest supplier of operating systems for desktop computers. Most recently, last month, Microsoft was ordered to pay 561 million euro for failing to offer Windows users the browser choice screen that allows users to pick a web browser, rather than use Microsoft’s Internet Explorer browser by default. 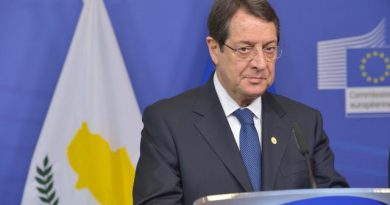