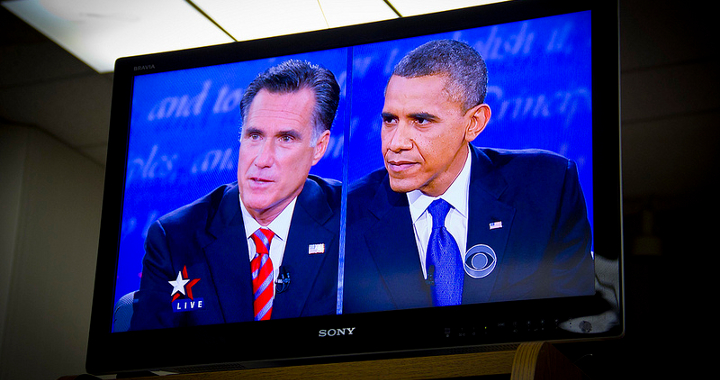 The 90 minute encounter was Governor Romney’s chance to put to rest doubts about his ability to handle foreign affairs challenges, and an opportunity for President Obama to solidify his image as someone better equipped to manage foreign policy and national security issues.

Governor Romney pointed to what he called disturbing events during Mr. Obama’s first term in office, including 30,000 dead in Syria, the attack on Americans in Libya, and an Iran four years closer to a nuclear weapon.

Libya and the killing of Americans in Benghazi was discussed, with Mr. Obama repeating his determination to find the killers. The president, Mr. Romney said, has failed to provide a comprehensive strategy to deal with rising Muslim extremism.

“I congratulate him on taking out Osama bin Laden and going after the leadership in al-Qaida, but we can’t kill our way out of this mess. We’re going to have to put in place a very comprehensive and robust strategy to help the world of Islam and other parts of the world reject this radical, violent extremism,” he said.

Obama said he re-focused attention from Iraq to Afghanistan and decimating al-Qaida, mentioning the transition to end the U.S. combat role by the end of 2014. Romney agreed with Obama on the 2014 time line.

Repeatedly through the debate, Obama called Romney’s policy proposals “wrong and reckless” and pointed out instances in which he said his Republican challenger had changed his positions.

“You said we should have gone into Iraq despite the fact there were no weapons of mass destruction, You said that we should still have troops in Iraq to this day. You indicated we shouldn’t be passing nuclear treaties with Russia despite the fact that 71 senators, Democrats and Republicans, voted for it,” he said.

The two argued over Syria, but agreed that U.S. troops should not become involved on the ground there.

Governor Romney accused the president of failing to play a strong enough leadership role. Mr. Obama rejected this, saying giving heavy weapons to Syria’s opposition is not a “simple proposition.”

Obama said he did not regret calling for the departure of former Egyptian President Hosni Mubarak. America has to stand for democracy, he said, adding that Egypt’s government has responsibilities, including abiding by its peace treaty with Israel.

On Iran and relations with Israel, Mr. Obama said the U.S. will “stand with Israel if it is attacked.” Both men stressed their determination to prevent Iran from obtaining a nuclear weapon.

Governor Romney said he would tighten existing sanctions and accused the president of signaling weakness to Iran’s leaders, leaving the world “four years closer to a nuclear Iran.”

Saying the “clock is ticking” for Iran, Obama suggested that Governor Romney’s proposals were not much different from he has already done. “I am glad that Governor Romney agrees with the steps that we are taking. There have been times Governor, frankly during the course of this campaign, where it sounded like you thought you would do the same things that we did but you would say them louder and somehow that would make a difference,” he said.

President Obama called reports that the United States plans direct talks with Iran “not true” saying the U.S. would only accept a deal that “ends Iran’s nuclear program.” He said the U.S. will not allow Iran to “perpetually engage in negotiations that lead nowhere.”

President Obama challenged the “math” of Governor Romney’s proposals, saying the Republican challenger is proposing spending that military leaders have not asked for.

On China, Governor Romney renewed his pledge to declare China a currency manipulator should he win in November. Obama pointed to his record of winning trade violation cases against Beijing, and said the U.S. will keep pressing China for more progress on currency issues.

President Obama and Governor Romney went into Monday’s final debate essentially tied, according to most public opinion polls. Both campaigns said their candidate won the encounter in Boca Raton, Florida, both sides hoping for a positive bump with Americans voting in just over two weeks. 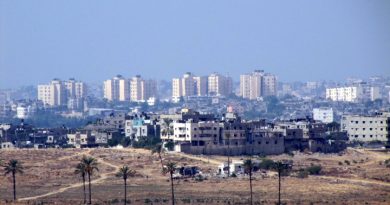