Bulgaria News
October 1, 2012 The Sofia Globe staff
After mixed signals from various Cabinet ministers on the timing and scale of increases in pensions in 2013, Bulgarians are a step or two closer to clarity, 10 days ahead of an expected official announcement.
On September 30, Finance Minister Simeon Dyankov said that pensions would increase as of April 1 2013, by about 10 per cent, which he said would offset the impact of inflation.
It had not been possible to fulfil hopes of an increase with effect from January 1, he said.
On October 1, Labour and Social Policy Minister Totyu Mladenov said that as of April 1 2013, pensions would be increased by an average of 9.3 per cent.
In 2013 the National Social Security Institute will distribute 2 692 324 pensions among 2 212 860 pensioners, Mladenov said.
Pensions in Bulgaria were last increased in July 2009, by the socialist government that was ousted in elections at the time by the current centre-right government headed by Prime Minister Boiko Borissov. Borissov’s government will seek re-election in summer next year.
On August 13, public broadcaster Bulgarian National Radio (BNR) quoted Dyankov as saying that pensions would go up on January 1 by at least 7.3 per cent, a figure set to compensate for July 2009 to July 2012 inflation. Going by National Statistical Institute figures, cumulative inflation during that period was 10.2 per cent.
On September 3, Labour and Social Policy Minister Mladenov told BNR that all pensioners would get an increase of at least 7.6 per cent on January 1 2013. M
On September 18, Menda Stoyanova, chairperson of the National Assembly’s committee on the Budget, said that calculations showed that pensions could be increased from April 1. An increase from January 1 would cost 800 million leva (about 400 million euro) but an increase from April would cost about 200 million leva less, she said.
(Photo: Clive Leviev-Sawyer) 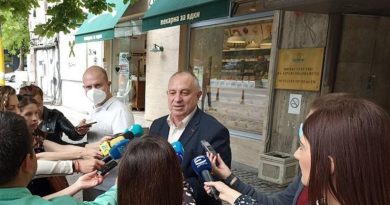