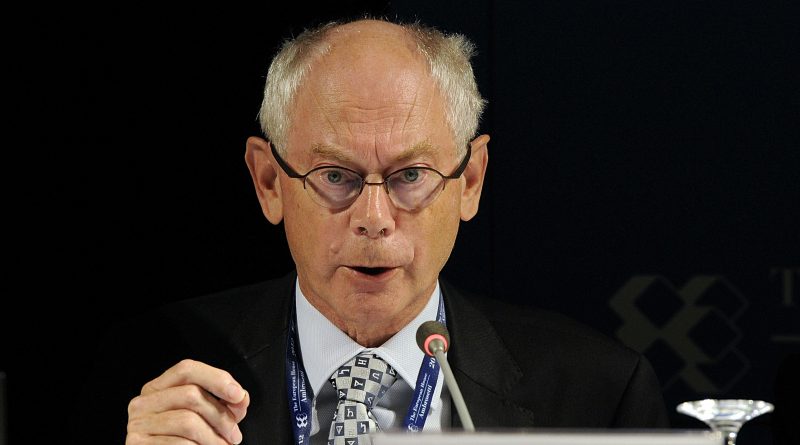 Van Rompuy on Monday said European leaders must not lose the sense of urgency to tighten economic reforms and cut deficits.

He said Europe is slipping into recession and officials are worried about the pace of reforms in Greece, Italy, Spain and France. Van Rompuy said no one can sit back as long as 25 million people across the EU are unemployed and the euro is still unstable.

While Van Rompuy spoke in Brussels, the head of the International Monetary Fund said in Washington that the IMF will cut its global growth forecast next month.

Christine Lagarde said the world economy is gradually recovering but growth is weaker than anticipated. She called for what she says is the urgent need for policies that ensure a sustained growth and not a short-lived economic rebound.

Opposition leading in Lithuanian elections, according to exit polls