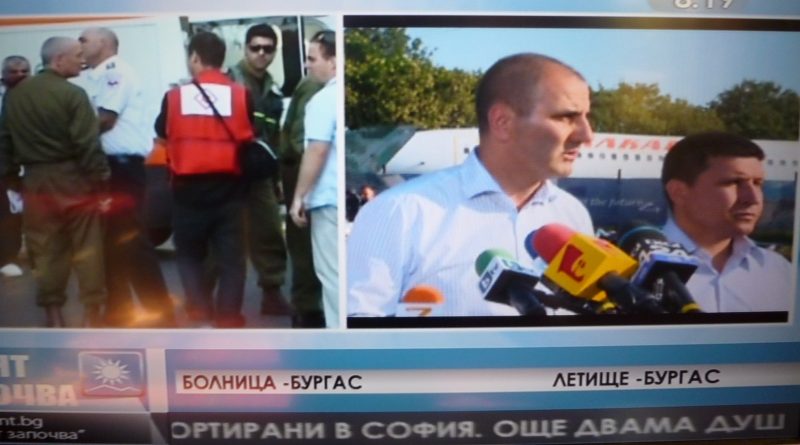 The July 18 2012 terrorist attack on a group of Israeli tourists at Bulgaria’s Bourgas Airport that left seven people dead and more than 30 injured was the act of a suicide bomber, Bulgarian Interior Minister Tsvetan Tsvetanov said on July 19.

The suicide bomber had in his possession a driving licence purportedly from the US state of Michigan but the document was fake and did not relate to a real identity, Tsvetanov told journalists at Bourgas Airport.

The suicide bomber had been dressed in casual tourist clothes and had been carrying a backpack.

Bulgarian investigators were working with colleagues from the FBI and Israeli security services, he said.

Bulgaria had received no prior warning of the possibility of a terrorist attack, according to Tsvetanov

Prime Minister Boiko Borissov said that he had asked for a photograph of the bomber to be published to enable identification. He said that Bulgarian Border Police had no record of the man.

A Bulgarian state aircraft was being made available for Israeli tourists who were part of the group to return to Israel, Tsvetanov said.

Among the seven dead was an Israeli woman who had been transferred to a hospital in the Bulgarian capital city Sofia for treatment.

Security camera footage from the airport is being examined. Tsvetanov said that a second forensic check of the scene of the bombing was being carried out.

He said that Bourgas Airport, which closed after the bombing – with flights diverted to Varna, also on the Black Sea coast – was expected to re-open at about 5pm to 6pm on July 19.

The charter flight carrying tourists, predominantly Israeli citizens, took off from Tel Aviv at 2.4pm. Bulgarian time on July 17 and landed at 4.43 pm at Bourgas.

There were 155 passengers aboard.
At 5.24pm there was an explosion while some of the tourists were getting on a bus for a transfer to Bulgaria’s Sunny Beach resort.
According to the preliminary list 47 passengers were meant to get on the bus. Thirty-seven people were injured in the explosion. They were admitted to the hospital, with three of them in the intensive care ward.
Later one of them – the bus driver who was a 36-year-old Bulgarian national – died. According to the initial data five tourists died on the spot.
Three buses parked near the site of the blast were damaged.
Sixty-four Israeli tourists were at Bourgas Airport, local news agency Focus said. They were provided with food and water, medical care and blankets.
Officials from the Israeli embassy in Sofia are in contact with them.
Bulgarian President Rossen Plevneliev joined other Bulgarian leaders, as well as heads of state and government in Israel, the US and Europe in condemning the attack.
“Bulgaria is a country where for centuries many ethnicities and religions have co-existed peacefully and in which tolerance is a fundamental value of society. This makes our shock at what happened even greater and our determination to prevent similar incidents in the future even firmer,” Plevneliev said.

He said that Israel and the Bulgarian people, “have a very close, I would say, brotherly relationship”.

Bulgariaand the Bulgarian authorities will do everything in their power to punish the perpetrators of this cruel act of terrorism.

” I believe that the necessary organisation has been established and the experts are doing everything possible to ensure the security of Bulgarian and foreign citizens in the country. It is essential that, no matter the efforts and resources, as soon as possible the perpetrators are identified and brought to justice,” Plevneliev said.

On July 17, Israeli prime minister Benjamin Netanyahu – according to Haaretz, speaking on the basis of intelligence available to him – blamed the Bourgas Airport terrorist bombing on Iran. 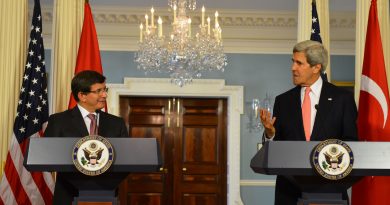 US satisfied with Turkey’s changed stance on Egypt and Israel