Business Europe News
July 4, 2012May 22, 2013 The Sofia Globe staff
European Union firms will now enjoy better terms when doing business with Russia, under three deals endorsed by members of the European Parliament (EP) on July 4 2012, the EP said.
While the agreements do not preclude any new commitments by the EU, they do improve terms for EU car-part makers, manufacturers that depend on raw materials from Russia and service providers setting up in Russia, notably in the maritime-transport sector, the statement said.
The three bilateral agreements were negotiated as a part of Russia’s accession to the World Trade Organization, expected later this summer, and are more favourable to the EU than they need to be under WTO rules.
The deal on car components protects EU auto-parts companies hit by restrictive Russian measures that will remain in force even after Russia joins the WTO. These measures give foreign motor vehicle manufacturers incentives to relocate to Russia, and could discriminate against Russian imports of foreign car components.
Under the agreement, if EU exports of car parts fall by three per cent a year, Russia will reduce its import duties for EU car parts by a commensurate amount.
“This agreement is a long-awaited compromise”, said the rapporteur, Paweł Zalewski , a Polish MEP for the centre-right European People’s Party, referring to long-standing concerns that the restrictive measures applied by Russia could harm EU car exports.
When negotiating its accession to the WTO, Russia agreed to binding export tariffs for 80 per cent of the raw materials it exports. The remaining 20 per cent are materials of strategic importance for EU industries.
Under the deal, Russia will consult and negotiate with the EU at least two months before it plans to increase export duties on products like wheat, sunflower seeds, tobacco, animal skins, energy products, wool and cotton and a large number of earths and minerals.
“The agreement is the best possible temporary solution for imports of raw materials greatly needed by EU manufacturers”, said the rapporteur for this file, Inese Vaidere, a Latvian EPP MEP. She said, however, that the commitments made by Russia in the agreement were not strong enough and hoped that it would soon be replaced by a binding treaty on trade in raw materials.
The agreement on trade in services grants new opportunities to EU maritime transport agencies seeking to set up in Russia, the EP statement said. It also gives preferential access for people working for European service companies who need to work in Russia in order to start a business there. It foresees a minimum quota of 16 000 work permits a year for this.
“The new trade-liberalisation commitments made by Russia in the services sector go further than the arrangements that have applied to date to EU firms under the bilateral EU-Russia Partnership and Cooperation Agreement,” said the rapporteur, Gianluca Susta, an Italian social democrat MEP.
(Photo: central bank of Russia) 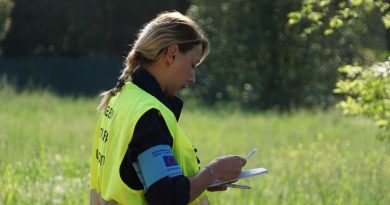 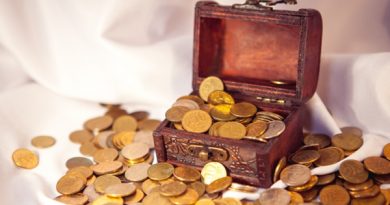