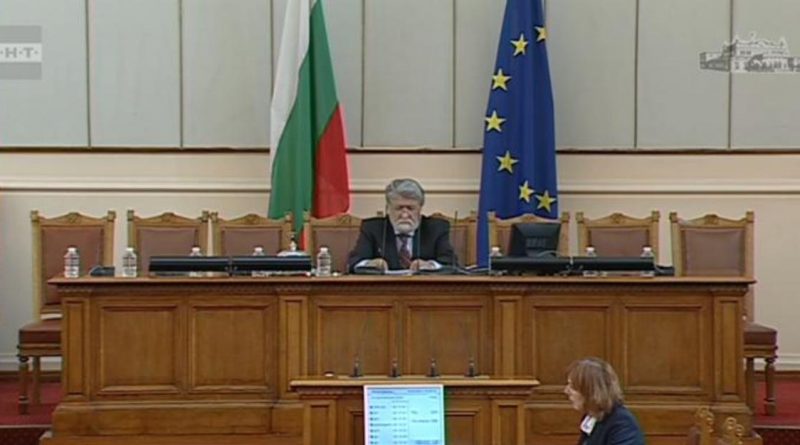 For the second consecutive day, a sitting of Bulgaria’s newly-elected Parliament failed to elect a Speaker.

The 48th National Assembly’s first sitting, that began on October 19, resumed on October 20, with further rounds of voting failing to see any candidate win the 50+1 share of the votes of MPs present required to become the principal presiding officer of Parliament.

The October 19 sitting had proven fruitless, largely because of a stand-off between the largest parliamentary group, GERB-UDF, and the second-largest, the Kiril Petkov-Assen Vassilev We Continue the Change (WCC) party.

Overnight, WCC announced that it would not nominate a candidate on October 20.

The first vote on October 20 again proved inconclusive, with GERB-UDF candidate Rossen Zhelyazkov getting the largest share of votes, but insufficient to be elected Speaker.

An adjournment of an hour was announced after the morning’s voting, but the stated one hour turned into more than four, during which various permutations to resolve the impasse were proposed, including giving the post to Parliament’s oldest or longest-serving member, or rotating the Speakership among the parliamentary groups.

In the course of that four-hour adjournment, GERB-UDF announced it was withdrawing Zhelyazkov’s candidacy and would not name a candidate.

There was lengthy debate in the afternoon on the criteria to be used in the nomination of a candidate Speaker, but that debate, though conducted in a more reserved tone than is usual for Bulgaria’s legislature, had no effect on the outcome.

As the oldest member of Parliament, GERB-UDF MP Vezhdi Rashidov has been presiding over the sitting since it began. In an emotional address in the afternoon, he declined an attempt to nominate him to be Speaker, resulting in an all-party ovation for him.

A late afternoon vote came down to a run-off between Movement for Rights and Freedoms candidate Yordan Tsonev and Bulgarian Socialist Party candidate Kristian Vigenin, again with neither winning sufficient votes to be elected.

Rashidov suspended the sitting, which is to resume at 10am on October 21.

Pending the election of a Speaker, the National Assembly cannot proceed to other parliamentary business.

In the course of the day on October 20, the Alpha Research polling agency’s Boryana Dimitrova commented to local media, referring to the outcome of the October 2 parliamentary election and the impasse over a Speaker: “Up to two days ago, the focus was on the formation of a government. Now the crisis has escalated to a point that we are asking ourselves whether there will be a Parliament at all”.

(Screenshot of Rashidov presiding over the sitting via BNT)