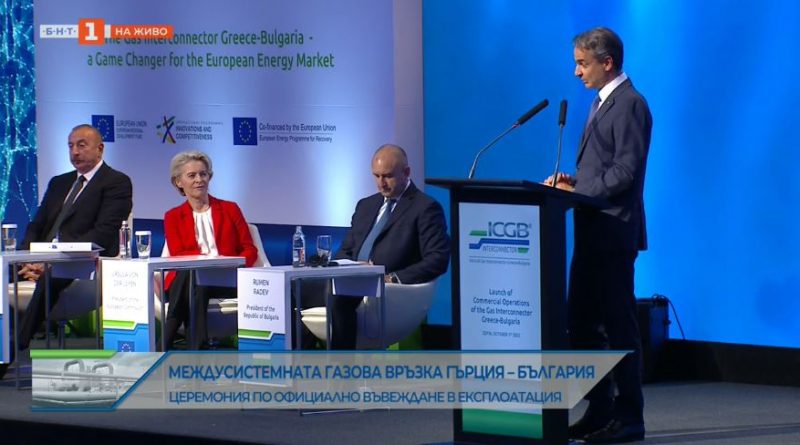 The inter-connector pipeline linking the Bulgarian and Greek gas grids started operation on October 1, giving Bulgaria access to larger quantities of Azeri gas and reducing the impact from the end of Russian deliveries.

Although construction work was completed in summer and some operational activities were carried out in the intervening months, the pipeline received the last necessary permits to begin commercial operation from Greek and Bulgarian regulators earlier this week.

After missing the end-2020 construction deadline for the pipeline, when deliveries from the Shah Deniz 2 development began, Bulgaria was limited to purchasing only 30 per cent of the amount contracted from Azerbaijan, limited by the capacity of the existing gas grids link-up between Bulgaria and Greece.

The additional amounts of Azeri gas will reduce some of the pressure on Bulgarian authorities to secure sufficient gas for domestic consumption, caused by Gazprom’s decision to cut off all supplies in April, ostensibly over Sofia’s refusal to pay for deliveries in roubles.

Gazprom was the main supplier of gas for Bulgaria, covering up to 80 per cent of domestic consumption, estimated at about three billion cubic metres a year.

First proposed in 2009, after Bulgaria had its gas supplies from Gazprom cut off in the middle of a harsh cold snap due to a commercial dispute between Russia and Ukraine, the inter-connector pipeline has seen multiple delays.

Despite securing EU financing early on – EU and European Investment Bank funding covered the bulk of the estimated 240 million euro cost of construction – an investment decision agreement was only signed in December 2015, more than a year after the initial target for the pipeline’s start of operation. The start of construction was also repeatedly delayed and it only began in May 2019.

The new pipeline would also make it easier for Bulgaria to import liquefied natural gas (LNG) delivered to the existing Greek LNG terminal in Revithoussa and the LNG terminal under construction in Alexandroupolis.

Only half of the completed inter-connector pipeline’s capacity has been contracted, but the spare capacity was expected to be snapped up by gas traders for potential deliveries using existing gas grid connections to Romania, Serbia and North Macedonia.