Bulgaria’s economy grew by 0.8 per cent in the second quarter of the year, according to preliminary data announced by the National Statistical Institute (NSI) on September 7. The figure fell short of NSI’s earlier flash estimate of 1.1 per cent growth.

Compared to the same period of 2021, Bulgaria’s economy grew by four per cent in the second quarter, well below the 4.8 per cent figure in last month’s flash estimate.

NSI’s statistics releases do not, as a rule, include analysis of trends and its second-quarter GDP announcement made no mention of the impact that the Covid-19 pandemic or the Russian invasion of Ukraine had on Bulgaria’s economy.

In July, the European Commission’s summer forecast raised Bulgaria’s economic growth estimate for 2022 to 2.8 per cent, up from 2.1 per cent in the spring forecast. 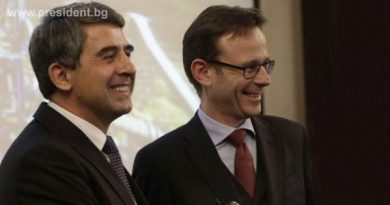 Bulgaria names investors of the year