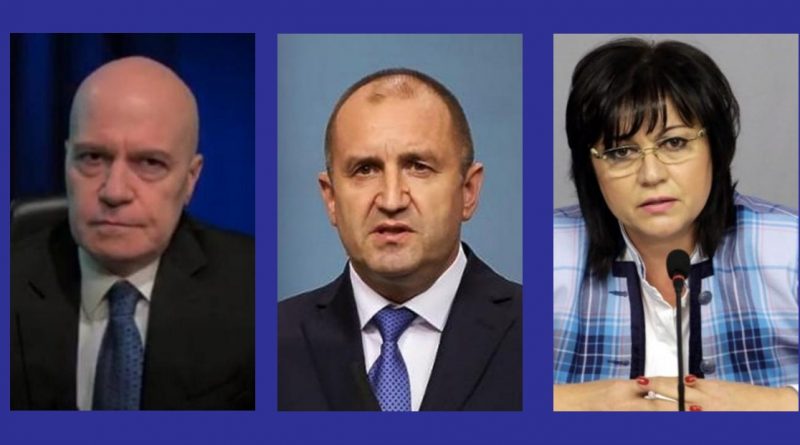 Political uproar has followed the announcement by ITN leader Slavi Trifonov that he is withdrawing his party from negotiations on a new Bulgarian government.

Trifonov made the announcement on the evening of July 22, citing a leaked recording of a meeting of the Democratic Bulgaria parliamentary group, with Trifonov portraying himself as being offended by being referred to as “mafia”.

He said that ITN would no longer participate in talks that were “pointless and hypocritical”.

The Bulgarian Socialist Party has been attempting to fulfil the mandate it received on July 18 to seek to form a government, aiming at one similar to the basis of the December 2021 ruling coalition – the We Continue the Change (WCC) party, the BSP, ITN and Democratic Bulgaria.

This is the third and final mandate to seek to form a government. If the process proves fruitless, Bulgaria will head to early parliamentary elections, which would be the fourth time in two years that its voters elect a legislature.

Trifonov’s move came a few hours after it became clear that BSP leader Kornelia Ninova intended to hold on to the mandate until mid-August.

With a proposal to cancel Parliament’s summer recess in the first half of August, this would make it possible to approve a number of key items of reform legislation, including on anti-corruption, and elect a new head of the energy regulator.

After Trifonov made his announcement, Ninova said on Facebook: “I want to be clear. We will not allow anyone to impose conditions on us, blackmail us or threaten us”.

Ninova said that the BSP would be guided in its actions by only two things, Bulgaria’s constitution and the decisions of the party’s national council.

BSP MP Filip Popov told Bulgarian National Television on the evening of July 22 that the party’s leadership would meet on July 25 to decide when to return the mandate.

Head of state President Roumen Radev, in a brief comment to reporters on July 23, said that the BSP should fulfil the third mandate in accordance with the constitution and “the interpretative decision of the Constitutional Court”.

Should that interpretation be followed, the BSP would have until July 25 to name a candidate PM and until August 1 to fulfil the mandate or return it unfulfilled.

On the night of July 22, Boiko Borissov’s GERB party urged Radev to intervene and dissolve Parliament and set an election date if the BSP did not return the mandate by July 25.

Democratic Bulgaria co-leader Hristo Ivanov said that the parliamentary group meeting had been an ordinary one of the kind the group held three times a week, a normal political conversation among colleagues.

Ivanov said that GERB and the Movement for Rights and Freedoms wanted to throw Bulgaria into chaos, in the belief that the worse things are, the better for them.

He said that if Trifonov believed that he could use the recording to escape from responsibility for forming a government, that would be a mistake.

Democratic Bulgaria co-leader Atanas Atanassov said that he did not believe that the recording of the group meeting – held in the National Assembly building – had been made by accident, given that most of the staff of Parliament had been appointed while GERB was in power.

Democratic Bulgaria posted the full recording on its page, saying that excerpts had been taken out of context “and its edits used to escalate an even deeper political crisis”.

The Movement for Rights and Freedoms urged Radev to terminate the mandate procedure and schedule a date for early parliamentary elections.

MRF leader Mustafa Karadayi said that the leaked recording was proof that the negotiations on forming a government on the basis of the third mandate were “an absolute farce”.

Trifonov’s ITN has a track record of scuppering attempts to form a government. After it won the largest share of seats in the National Assembly in the second election in 2021, it refused to put a government to the vote in Parliament. It was ITN’s withdrawal from the ruling coalition in June 2022 that opened the way for the passing of a vote of no confidence in the government, in turn triggering the current chain of events.

Outgoing Prime Minister and WCC co-leader Kiril Petkov said on Facebook on the night of July 22: “If we are going to elections, this time we need a parliamentary majority, where we do not ask ourselves whether there will be support for anti-corruption laws without compromise, for transparent spending of public and municipal funds for the benefit of the people and for policies for the people, not for selected companies”.

Petkov said that the cause was Bulgaria without behind-the-scenes dealings.

“Regardless of everything, we will continue to fight every day to win back our country. We continue the change!” Petkov said. 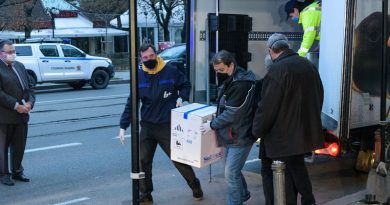 First batch of vaccines against Covid-19 arrives in Bulgaria