Bulgaria had the highest increase in the European Union in hourly labour costs in 2021, by 9.1 per cent, but the country still has the bloc’s lowest hourly labour costs, according to figures posted on March 28 by EU statistics agency Eurostat.

Hourly labour costs in Bulgaria in 2021 were the equivalent of seven euro, with Romania second-lowest at 8.5 euro.

Denmark had the highest hourly labour costs, at 46.9 euro, followed by Luxembourg, 43 euro, and Belgium, 41.6 euro.

In construction, they were 26 euro and 29.3 euro, respectively.

In the mainly non-business economy (excluding public administration), they were 30.3 euro and 33.6 euro, respectively.

In 2021, compared to 2020, hourly labour costs at whole economy level expressed in euro rose by 1.7 per cent in the EU and by 1.2 per cent in the euro zone, Eurostat said.

For EU countries outside the euro zone, the hourly labour costs expressed in national currency increased in 2021 in all countries, with the largest increases recorded in Bulgaria (+9.1 per cent), Poland (+8.2 per cent) and Hungary (+7.3 per cent), Eurostat said. They increased least in Sweden and Croatia (+3.0 per cent each).

In 2021, most EU countries extended the validity of support schemes introduced in 2020 to alleviate the impact of the Covid-19 pandemics on enterprises and employees, the agency said.

These mainly consisted of short-term work arrangements and temporary lay-offs fully or partly compensated by government.

Those schemes were generally recorded as subsidies (or tax allowances) with a negative sign in the non-wage component of labour costs, Eurostat said. 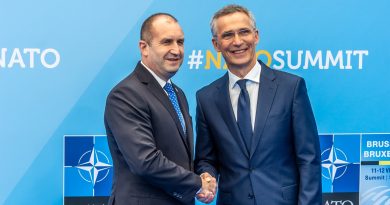 Bulgarian President: Nato is not a stock exchange to buy security