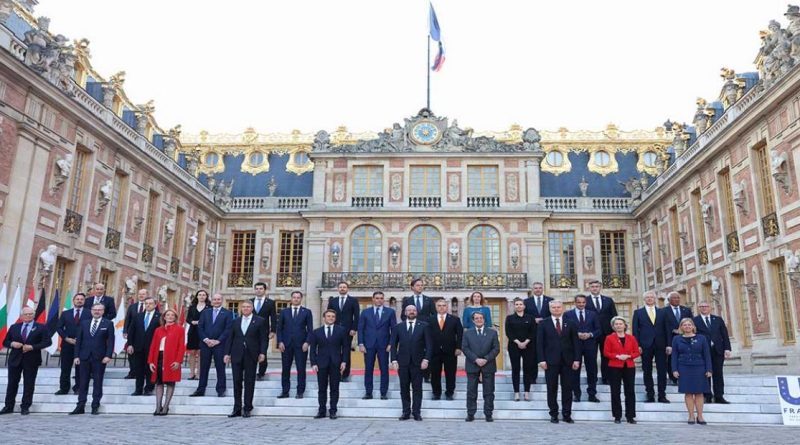 European Union heads of government and state have asked the European Commission to give its opinion on Ukraine’s application to join the EU, a statement by the European Council said.

Ukraine has asked for its application to be fast-tracked, but this not been accepted by major western EU countries.

The process of the European Commission coming up with an opinion is expected to take several months, which would be followed by Ukaine’s application being handled in the conventional way, in turn a matter of years.

The European Council statement said that pending the Commission providing its opinion “we will further strengthen our bonds and deepen our partnership to support Ukraine in pursuing its European path.

It said that had also asked the Commission to submit its opinions on the applications of the Republic of Moldova and Georgia. The two countries applied on March 4 to join the EU.

The European Council issued a call for Russia to cease its military action and withdraw all forces and military equipment from the entire territory of Ukraine immediately and unconditionally, and fully respect Ukraine’s territorial integrity, sovereignty and independence within its internationally recognised borders.

“We are determined to increase even further our pressure on Russia and Belarus. We have adopted significant sanctions and remain ready to move quickly with further sanctions,” the statement said.

It said that countless people were fleeing the war in Ukraine.

“The EU and its Member States will continue to show solidarity and provide humanitarian, medical and financial support to all refugees and the countries hosting them.”

The European Commission issued a statement calling for the protection of children in Ukraine and for Russia to stop its war.

The Commission said that the bombardment of the children’s and maternity hospital in Mariupol on Wednesday was the latest in a series of atrocities and crimes committed against children.

“This senseless and illegal war waged by the Russian Federation is taking the lives of innocent children, and this is a wound that will not heal.”

All children must be protected in Ukraine, provided with a safe haven, including indiscriminate access to basic and life-saving services and education, the Commission said.

“We remind Russia that even wars have rules, and these rules are not optional.

“Stop targeting civilians. Stop targeting their infrastructure. Stop bombing schools and childcare facilities. Children should not pay for this war with their lives. International humanitarian law must be upheld, the universal rights of the child be respected and safeguarded,” the Commission said.

Genuine humanitarian corridors must be established to evacuate the most vulnerable, including children trapped in the besieged cities, it said.

“We are not only witnessing a loss of lives, but also a loss of futures. We urge Russia to stop this war now, so no more children have to die. The world is watching and history will remember,” the Commission said.