European Union ministers, meeting on March 4, said that they deplored the alarming rise in racist and antisemitic incidents in EU member states, and called on EU countries to develop action plans and strategies by the end of 2022.

The EU ministers invited member states to come up with these plans to implement the 2020 EU anti-racism action plan and the 2021 EU strategy on combating antisemitism.

“The Council highlights the importance of education and training, calling on member states to raise awareness among their population of the fight against racism and antisemitism and uphold their duty to remember the victims of racist and antisemitic violence,” a statement after the meeting said.

“It also calls on member states to promote research and education on Jewish life, antisemitism and the Holocaust, and racism and slavery.”

“Member states should also strengthen their ability to prosecute illegal online hate crime and hate speech, including by establishing online monitoring centres and platforms where people can report hateful content.”

When it comes to reporting and investigation, the EU ministers called on member states to encourage victims and witnesses of racist and antisemitic incidents to report those incidents, “to ensure such reports are investigated and to offer assistance, including psychological, social and material support where necessary”.

EU countries were also asked to include content on combating discrimination in training for law enforcement and judicial authorities, and to develop best practices for identifying and supporting victims.

EU countries are also asked to consider developing a common methodology for quantifying and qualifying racial and antisemitic incidents and comparing them over time and between member states.

The EU countries asked the European Commission to support, including financially, member states, public bodies and institutions, local authorities and civil society organisations in the fight against racism and antisemitism.

Thirty-nine per cent of Jewish respondents had experienced some form of antisemitic harassment.

The fight against racism and antisemitism is one of the EU’s priorities, the statement said.

The European Commission presented an action plan against racism in September 2020, which sets out a series of measures for the next five years.

In October 2021, the Commission presented a strategy on combating antisemitism and fostering Jewish life.

This strategy sets out a series of measures under three pillars: preventing all forms of antisemitism; protecting and fostering Jewish life; and promoting research, education and Holocaust remembrance. 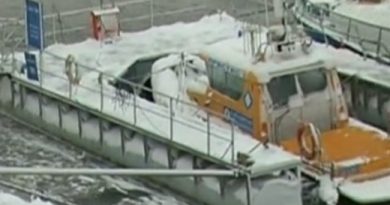